#Caged – Book 3 of the North Star to Freedom Series 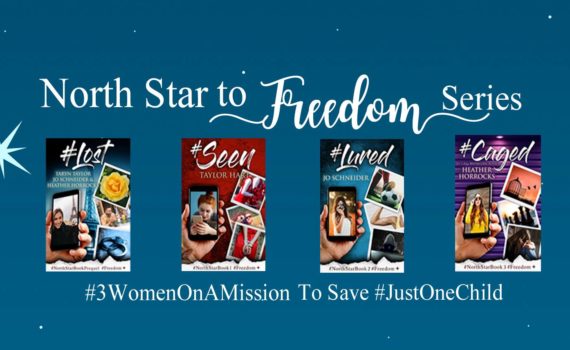 #Caged – Book 3 of the North Star to Freedom Series

The final installment of the North Star to Freedom series is here!

The amazing Heather Horrocks has written a gut-wrenching but ultimately triumphant tale about saving kids from child sex trafficking.

I laughed. I cried. I may have cheered.

Scroll past the book to read how Heather got involved in this project!

The ebook is 99 cents this week! 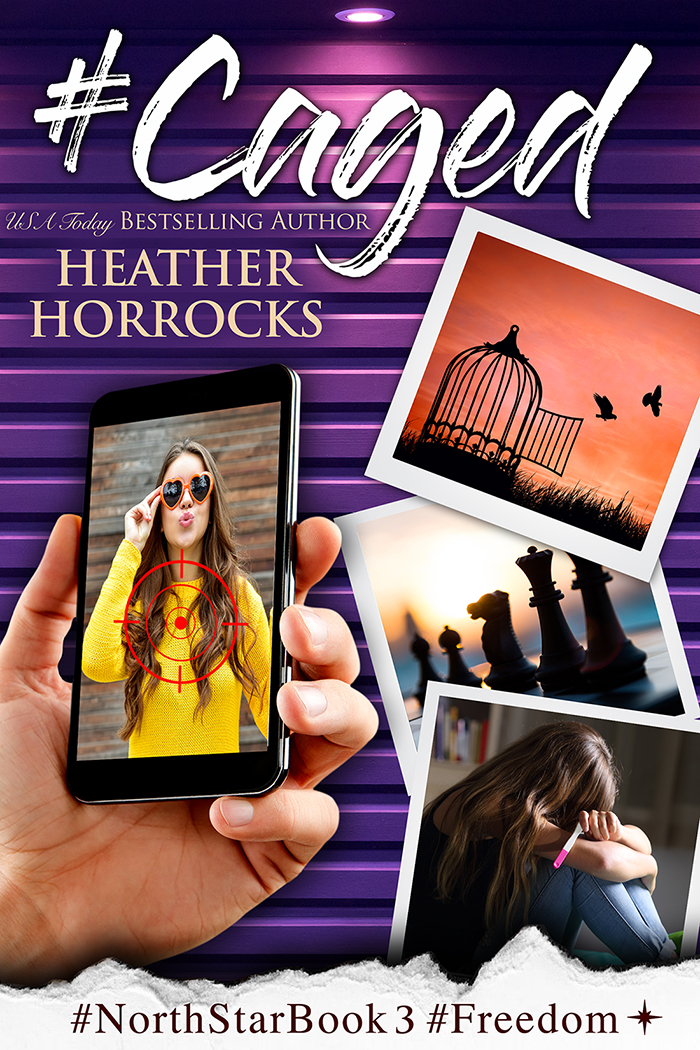 Autumn Eldridge considers herself one of the lucky ones—after all, she got rescued from a life of horror after just six months. That was three years ago. Now she has a black belt in karate and she is never going to be a target again. So when billionaire Cyrus Black invites her to help other teens from being taken in the first place by joining his elite team, she jumps at the chance.

She is partnered with the mysterious Noah Fuller, and she wonders why he is on the team, since he’s the only team member who was never trafficked.

Destiny Wexler has had an incredibly bad year. First her mom died, then her dad remarried way too quickly, and she just found out she’s pregnant. When her jerk of a boyfriend breaks up with her, she turns to a friend she met last year in a chat group for teens who have lost their mothers. Finally, things are starting to look up. She’s just met two new friends. Even better, her chat room friend is going to fly in and take her to lunch.

But when she lies to her new friends—who she doesn’t realize are on the team trying to save her—and meets her “friend,” she finds herself #caged and betrayed. She can’t believe how deep the lies have gone and she’s terrified no one will be coming to save her.

How Heather got involved in this project:

This project was scary. A group of three PG-rated clean romance authors decided to do a series about teens being groomed to be stolen and forced into sex slavery. We knew we could write from the beginning to the abduction and from the rescue to The End, but how could we possibly tackle the middle of their stories which were basically XXX-rated? How were we supposed to pull that off without going to the dark side, as it were? But we felt impressed to proceed, and the ideas began to come.

We decided to write from two points of view—both the targeted teen as well as a member of a special team formed of trafficking survivors. The team was organized by a man (Cyrus Black, whose story was told in #Lost) whose daughter was stolen away. We knew we needed to entertain while we taught about the dangers, so we added the undercover team, taking our inspiration from 21 Jump Street and, later, The Thundermans, both of which meet Taken.

We hope our books open the eyes of young people to the dangers around them. If we can keep even one teen from falling for the enticements and lies, we’ll feel it was totally worth the time and effort. This was a hard-written book. Hard to plot. Hard to write. Hard to live through vicariously as I wrote. Hard to face my own PTSD from my own childhood abuse.

Like the others, all the profits from my book are being donated to the anti-trafficking or aftercare of our choice. I’ve chosen to donate my profits to Tim Ballard’s organization, Operation Underground Railroad, so that I can aid in rescuing children. When I watched his first documentary, I was touched when he said to use your unique talents and skills to help. So now I have.