The Bones of Star Wars Episode VII: The Force Awakens 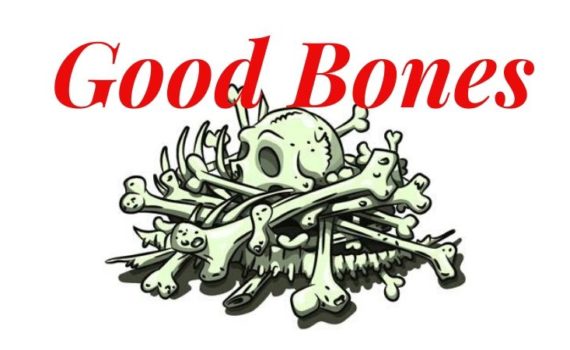 The Bones of Star Wars Episode VII: The Force Awakens

We’ve made it to the sequels!

Today we’re talking about the bones of the first of the sequels of the Skywalker Star Wars Saga! 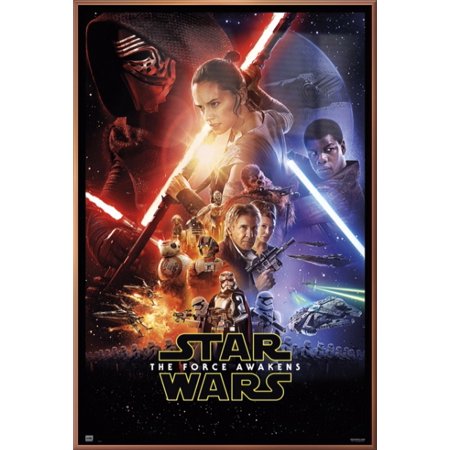 Funny story about this movie. We had tickets through my husband’s work, but he was out of town, so I took my sister. His office had always bought tickets to the same place…until this film.
We went to the wrong theater TWICE before we finally just bought tickets there and watched the movie. Lucky for us it was during the day, so there were still good seats.
I was so obsessed with the free tickets. We still laugh about it.

The Bones:
What’s happened since Episode VI?
Who are these movies about?
What about the Force is awakening?

What’s happened since Episode VI?
The Republic is in power, but there is a Resistance because they’re worried about the New Order.

The rebels squashed the Empire, but now it’s back, under new management (including a couple of crazy Sith Lords), and ready to take over the galaxy once again.

We find out pretty quickly that Leia is part of the Resistance, she and Han have split up, and Luke is nowhere to be found.

The writers set this up smoothly. However, that doesn’t mean it’s great.

I have a friend that says the only thing he really wanted from these films was to see Luke, Leia, Han, and Chewie together again. Even if it was just a few scenes. That never happened, and I think the films were weaker for it.

Rey: A desert planet scavenger who spends her days crawling through the remains of a Star Destroyer from the old wars. She’s a decent fighter with her staff, and takes care of things less fortunate than herself. She’s nothing special…or is she? Her obsession with finding out who her parents were is more than a little irritating. She carries that idiot ball way too long.

Fin: A Storm Trooper who decides he doesn’t want to have anything to do with killing innocent people. Can he be a normal human being? He rescues Poe from the command ship and they bolt.

Kylo Ren: Darth Vader wanna be. Broody. Volatile. Prone to fits of lightsaber rage. Uninteresting until he kills his father.

There are a few others, but these are our main characters.

What about the Force is Awakening?
Rey is force sensitive. She’s quick to pick up on pretty much anything having to do with the Force.
That’s pretty much all we get in this movie. Which I think is lame, considering that’s the title of the show!

Also, I still don’t see any evidence of bringing balance to the Force. Just sayin’

From a writing point of view this movie is pretty tight. Not perfect, but not bad.

Unfortunately, I think it suffers from the director trying too hard to recreate A New Hope:
A droid with vital information stranded on a desert planet
Rescued by an orphan
Who is then rescued by a combo of Han, Chewie, and the Millennium Falcon
There’s a cantina
They hook up with a rag-tag group of Rebels/Resistance
To take out a planet-killing super weapon

The Force Awakens is not an exact copy of A New Hope, but it hits a lot of the same beats. Too many for a lot of the fans.

I love it when Han Solo, of all people, tells the group, “That’s not how the Force works!” So ironic.

Maz is probably the most interesting character in this film. Loved her. Wanted more of her. “Where’s my boyfriend?” and “I like that Wookie.” LOL

The moment when Poe is fighting above Fin, who watches him, and after some great maneuvers, screams, “That’s one hell of a pilot!”
Worst. Line. In. The Movie.
Did the director think his audience was full of idiots? We did just see Poe do those cool things. I’m not sure we needed Fin to scream it at us.
There are a couple of spots like that in the film. Give the fans some credit. Sheesh.

The most disappointing part of this film is that Luke is only in the last minute, and he doesn’t even speak. It makes sense when you understand what’s happened in the past, but I kind of hated it. A lot of people hated it.

When the New Order blows up the government home worlds, or whatever, I literally felt nothing. Why should I care? Leia obviously doesn’t trust them, so it’s fine they’re gone. Not sure how they would have squeezed anything about that into the film, but it needed it.

I’m railing on this one a lot, but I actually liked this film more when we watched it last month than I did originally. It’s fun, moves fast and hits all the beats.
Some a bit hard, but it does hit them.

What are your thoughts on this film?