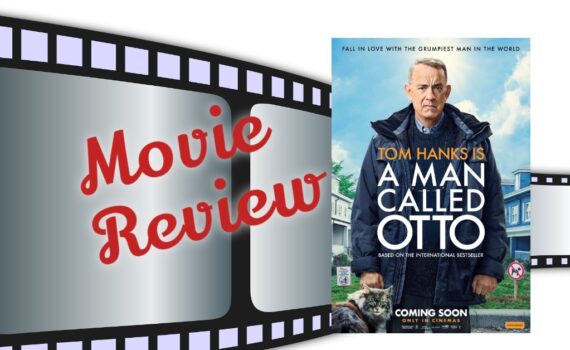 Otto is a grump who’s given up on life following the loss of his wife and wants to end it all. When a young family moves in nearby, he meets his match in quick-witted Marisol, leading to a friendship that will turn his world around.

I’d seen previews, and it looked cute. One friend warned me that it was a crying movie, but I went anyway.

In too many ways, Otto reminded me of my dad with the hardware store scene, his grouchiness on the phone, his daily routine, and even his adherence to rules. My dad passed away last year, and this show really tugged at my heart strings. Tom Hanks did a stellar job making Otto come to life.

Although I have to admit, Marisol was by far my favorite character. She was everything a feisty woman ought to be, and she shone like a lighthouse in the dark.

Honestly, I didn’t notice a weak character among the casts.

Yes. I mean, Otto lost his wife 6 months ago, and (spoilers) he spends most of the movie trying to kill himself so he can be with her again. He gets interrupted every time he attempts suicide, and I was glued to my chair to see what would drag him back into life this time.

For being a drama, it was kind of intense.

Not sure it was a plot hole, but I was fussy about his power being off for so long, and that he only had 6 days of gas? This distracted me.

While the pacing of the film is slow and deliberate, it replaced action with comedy. I can’t begin to count the amount of times I laughed out loud. Between sniffing and wiping my eyes, mind you. I never got bored.

I’d have to say the cool factor of this show is the relationships and the message that the world needs you! I was really touched by the film, and have recommended it to a lot of people.

The end was, arguably, sad. However, it showed that Otto wasn’t finished doing good in this world or having wonderful experiences, even though he thought he was. Yes, I cried, but I was also happy. It was strange.

I haven’t stopped thinking about this movie since I saw it. I’ve seen it twice and enjoyed it both times. The acting is awesome, the story is solid, the emotions are everywhere, and the humor is spot on.

The only complaint I had was that I had no warning that this was really a film about a man trying to commit suicide. If that had been a trigger for me I probably would have walked out in the first five minutes. So anyone I’ve told about the film I’ve shared that small tidbit with. One woman thanked me, saying she’d wanted to see it, but her brother committed suicide and it is still a very tender subject for her.