A Little Bit of Family History 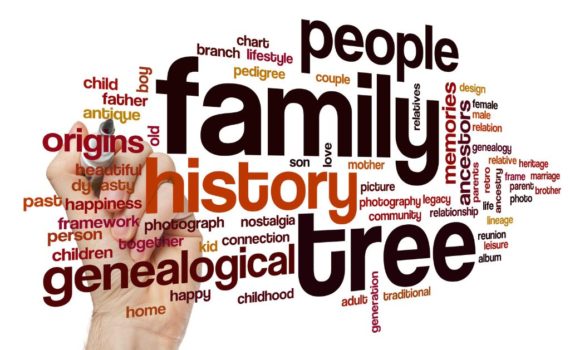 A Little Bit of Family History

It’s been an exciting month for my family history.

First off, a few weeks ago was the 150th anniversary of the driving of the Golden Spike. For those of you who don’t know, there’s a place in the middle of nowhere, Utah where the railroad from California finally met up with the railroad from the eastern states. This event, 150 years ago, cut the trip to go from one side of the United States to the other from months-including a lot of walking-to days in a relatively comfortable train. It united our nation in ways we probably can’t comprehend.

For more information on this, check out the website for the National Park. It’s fascinating!

This is the famous picture from May 10th, 1869 when the trains from each end of the country touched. I have an ancestor from both sides of my family in this photo. One was a doctor as well as the bugler for the event. My sister has a copy that shows which one he is, but I don’t have it. If I remember right, he’s below the bottle on the left. 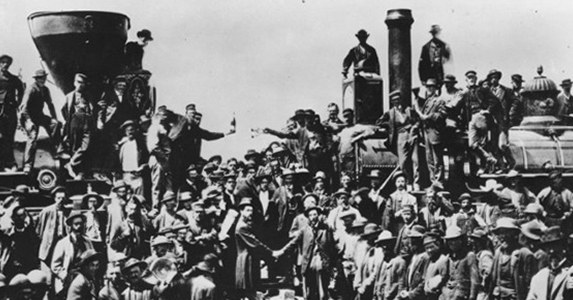 Yesterday was Memorial Day in the US. We honor those who have gone before us and the sacrifices they made to get us where we are today (especially those who made the sacrifice of fighting for our country) by putting flowers on graves. My mom’s side of the family had a reunion. During that reunion one of my mom’s cousin’s told my sister and I that she had brought the family bible and she wanted to give it to us.

I should point out that this is my great-great-grandfather’s family bible…bought in 1886.

My mom gave it to her maybe ten years ago without asking my sisters or myself. My mom’s cousin didn’t give us a reason for her bequeathing it upon us, but I was more than happy to take it!

As a matter of fact my husband asked me last week what heirlooms  I wanted when my parent’s passed away (they’re mostly healthy at this point, and I can’t remember how we got onto the subject). Anyway, I told him there is one antique table I wanted as well as this bible, which I had totally forgotten that my mother had given away.

The poor thing is in need of some repairs, which I’m working on, but I thought I would share some pictures from this beautiful book!

I’m not going to lie, I sort of cried when I was looking through it. 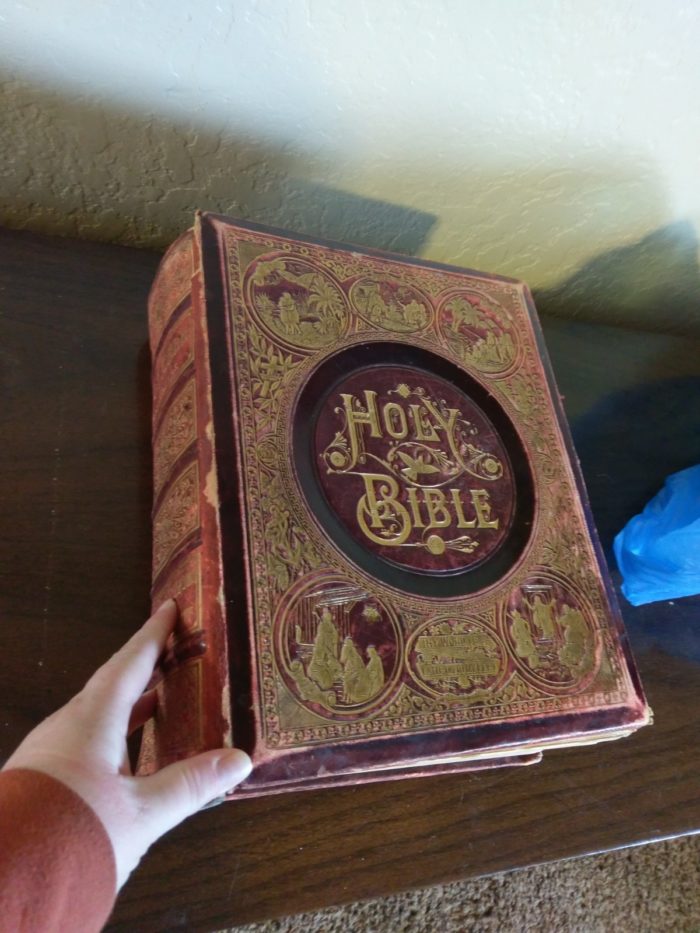 The picture makes it look small, but it’s massive! 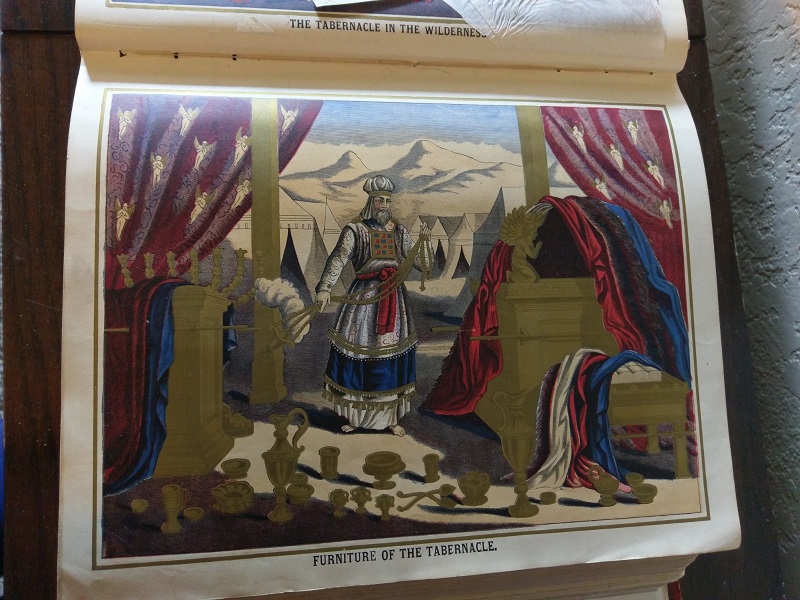 A gold-leafed illustration? Whatever it is, it’s beautiful. 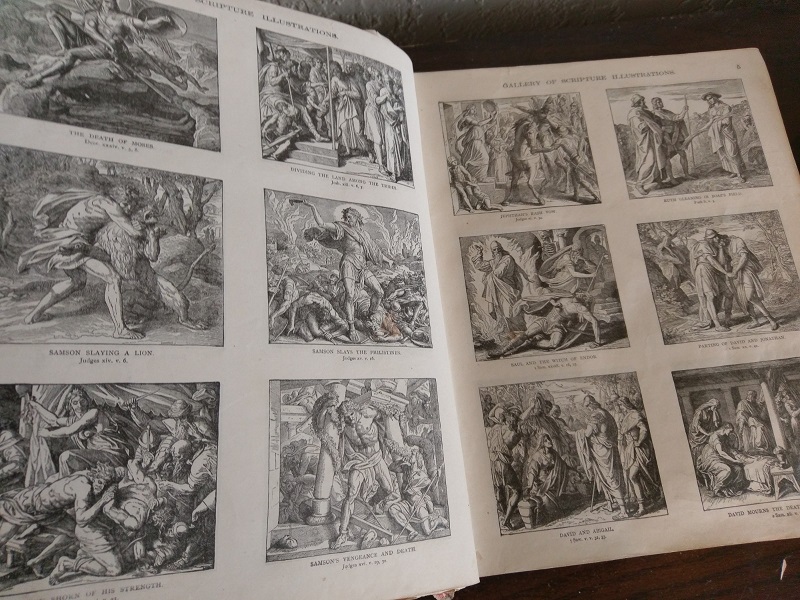 The quality on this one isn’t very good, but these are illustrations of bible stories. Sampson and the lion is on the middle left, and next to it the image portrays Samson slaying the Philistines with the jawbone of an ass. 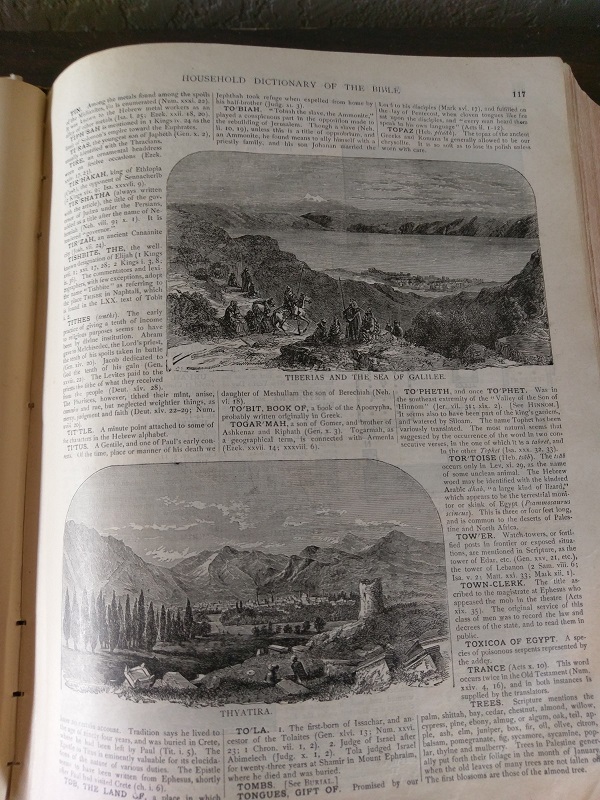 This is a page from the Bible Dictionary 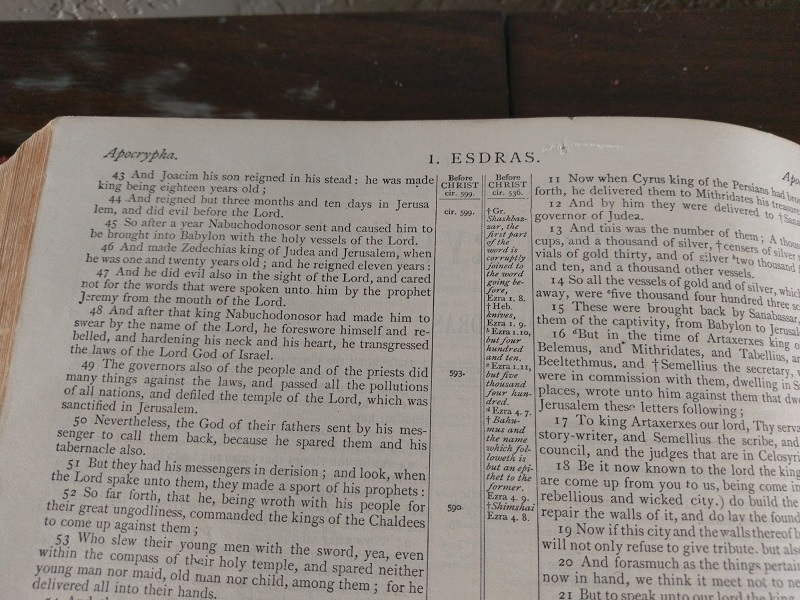 It even has the Apocrypha at the end of the Old Testament!

Does anyone else geek out over old books? Or am I alone?

I’ve been interested in book fabrication and painting for years! This is a great treasure, Jo ! It would be interesting if you knew who the artists were, I want to know, please, at least, where it was made. Oh, such a treasure !