No Time to Die Review 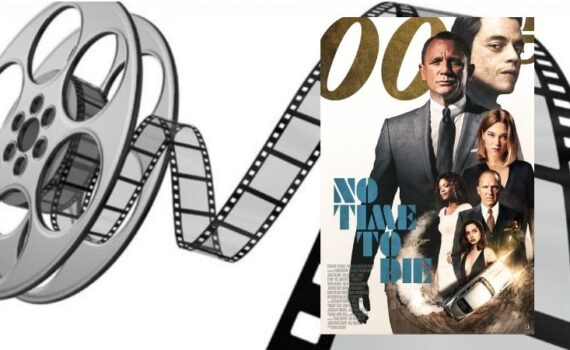 No Time to Die Review

James Bond has left active service. His peace is short-lived when Felix Leiter, an old friend from the CIA, turns up asking for help, leading Bond onto the trail of a mysterious villain armed with dangerous new technology.

I’ve enjoyed Daniel Craig as Bond, but wasn’t too interested in seeing the movie. The hubby really wanted to see it, so we went.

They’re Bond characters, so I wasn’t expecting much. The writers have given Bond some unexpected depth in this series, so there was more character development than I thought there would be.

The girl needed a bit of work. For such a rough childhood, she looked entirely too helpless most of the time.

The bad guy was, in my opinion, flat and stupid. That’s not terribly unusual, but it annoyed me for some reason.

I did like the new 007, and the girl in Cuba was awesome! Neither were typical Bond girls, which was fun.

Somewhat. I have to admit that I remember nothing from the last Bond movie with Daniel Craig, so I didn’t have any sort of attachment to the characters. The action kept me watching.

Uh, I feel like Bond movies are worse than Marvel movies for plot holes. For instance, how did his earpiece survive an EMP? It took out everything else in the area. Also, why did the water dissolve people? I get it was scary, but what was it? Deadly plant? Acid? Either I missed it, or they didn’t explain very well.

This bad guy suffered from the same problem that the Black Widow bad guy had…if this guy is so powerful, why has no one heard of him before? Not even a whisper. I didn’t love that.

The rest of it, for a Bond film, was fine.

I’m down on car chase scenes. They’re in every action movie and frankly, since the 15 minute long one in Mission Impossible whatever it was in Dubai, I find them boring. So when they started the second car chase scene of the movie I totally rolled my eyes and prepared to rest them behind my eyelids.

However, after a few minutes (a few minutes too long in my opinion) they did something clever with the chase that I really did appreciate. That was cool.

The plot slowed down a few times, but not much.

I’ve complained—mostly to myself—that they turned Bond into Jason Bourne in this series. I loved that in this movie they relied much more on Bond’s expertise with a gun and his agile mind than they did fisticuffs. There was some hand-to-hand fighting, but Bond clearly wasn’t as good as others, and had a gun in his hand most of the movie, and I liked that. Well done.

The stunts and action were great, as usual.

I did like the end. I’d give this a five if it would have produced tears.

It was fine. Good action. Okay plot. If you love Bond films you’ll likely enjoy this one. I’m not sure I’d pay to see it in the theater again, but it was fun seeing it on the big screen.