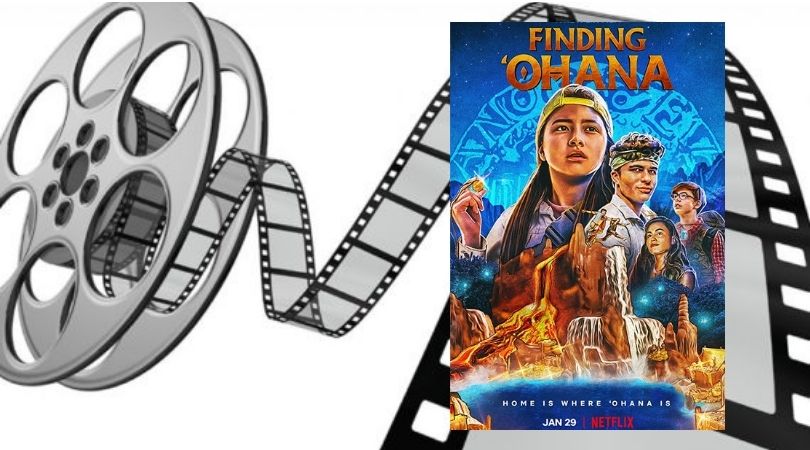 A summer in rural O‘ahu takes an exciting turn for two Brooklyn-raised siblings when a journal pointing to long-lost treasure sets them on an epic adventure with new friends, and leads them to reconnect with their Hawaiian heritage.

A couple of my friends called this a Hawaiian Goonies, which meant I put it on my list to watch.

This movie is for kids, so there isn’t a whole lot of depth to the characters. The main character, Pili, and her brother are basically horrible to each other for most of the film. They do take notice of the good relationship Casper and Hana have, which is progress.

Honestly, I didn’t expect much from the characters. I thought there was a little too much angst in the family without showing a real foundation for it, but then again, I don’t deal with teenagers much, and my family doesn’t fight, so maybe I’m the strange one. 🙂

My favorite was Hana.

Yes. I thought the treasure adventure was fun and the kids got better as the show progressed.

One thing I appreciated was the scene where they outfit the girl in short-shorts and a tiny t-shirt and the guy also in shorts with knee and elbow wrappings. Because I do hate it when someone crawls around in the jungle or caves and never gets a scratch.

There were a few moments that I shook my head, but overall it was fun enough to ignore the plot holes.

I was fine until near the end. We’ll go into that in a moment.

Hawaii is beautiful, and they did a great job with the caves. The treasure hunt was fun. Not quite as fun as Goonies, but I enjoyed it.

This is where I faltered. The first 7/8 of the show had little to no mysticism in it. A few things were mentioned, but it didn’t feel serious.

One portion of this was really, really awesome. (No spoilers here) However, I feel the writers let this moment fall short, because there weren’t any moments before this that indicated any of this stuff was real.

Give me some tension earlier. Strange winds in the caves. Voices. Characters feeling…more than they gave us.

That being said, the sort of twist at the end with their grandpa was cool.

Besides the sudden supernatural sequence near the end, I did enjoy this film.

There are a TON of shout-outs to Goonies in here. Slick shoes, the headband, the skull cave, “Hey you guys,” an impossibly long strand of pearls…the list goes on and on. If you’ve seen and remember Goonies, you can watch this show just for the references.

Click here to see the way the belt system works.