I shifted my weight from one foot to the other and glanced at the timer for the third time in fifteen seconds.

Why did everything feel like it was taking forever today?

Almost there. Only six more batches to go before I went on break.

Ugh. Time had to be going backward.

“It smells like something is burning,” a voice said from behind me.

I pulled the basket of now crispy French fries out of the oil and hooked it in place so the oil could drip off. “Nothing is burning,” I said in a hollow voice.

Violet said she smelled something burning at least once an hour. Personally I wondered if she was having a permanent stroke. She was like fifty years old. Practically dead.

As I loaded the next basket of fries, the world seemed to wobble a bit. I squeezed my eyes shut for a moment before shaking my head and taking a deep breath. When I reopened my eyes, for a short second, I saw something totally different than the fry machine before me.

The glimpse was too short for noticing details, just the big picture. A door with a gold frame filled with what looked like water. And a hand reaching through it toward me.

I shook my head again and dumped the new fries to the pile under the heat lamp. A salty cloud of oily smell rose as I tossed the pile, so no one would know how long the oldest ones had been there.

Jack, the manager, looked at me and rolled his brown eyes.

I smiled. He was cute. And almost twenty. I liked it when he paid attention to me. So I giggled.

“Come on,” Jack said to Violet. “Nothing is burning. Why don’t you go and run the drink machine for the drive-thru?”

That brought a smile to Violet’s wrinkled face. “Okay!”

“Crystal is going to be mad at you for that,” I said.

“Naw. She owes me for being late again. Besides, Violet is actually good at running the drinks. She just talks the whole time.”

“I still think she’s having a stroke.”

Then a deep, dark voice spoke in my mind.

People that old should be put out of their misery.

My jaw hinged open. What had I just thought? What did that even mean?

Violet, who had been heading toward the drive-thru, stopped and stared at the ground.

Jack pat the air with his hands. “You haven’t heard this yet, have you?”

Violet looked up at me. “Do you know how it got here?” A shaking finger pointed at the tiled floor under her feet. A deep score had been cut into the tile, but it looked as if it had been made with a round saw blade, with the center being deeper than the edges.

“It comes through a door.” Violet raised the same trembling finger and pointed right at the fry machine. Her voice got deeper. “There.”

Jack moved to her at took her by the shoulders. “Now now, Violet, let’s get you to the drink machine.”

Violet’s head remained looking at me as Jack turned her body. “He comes with his knife.”

“Knife?” The word came as a whisper. I’d never seen him with a knife.

I shivered despite the heat coming from the deep fryer.

No, no, no. My therapist told me it was stress. But how could Violet and I see the same thing? A golden man.

“He did that,” Voilet pointed to the floor.

My eyes drifted back to the cut in the floor. One would think that it would be a safety hazard, but no one had fixed it. And no one ever tripped on it.

“But he did it. With the golden man.”

I nodded, despite myself.

“It’s just a tall tale,” Jack said as he finally steered Violet around the corner. “Made up by some of the kids after they’d taken a class in Incan history.”

His words faded, but Violet’s did not.

He had done this. The ghost from the door. He’d shown me, and then he’d told me that I was to be his next vessel.

The one to extract the blood sacrifice.

I shivered and suddenly felt as if I’d forgotten something. Again.

That was pretty fun! Who would read a story about a 50-something, half crazy, herald? I probably would. 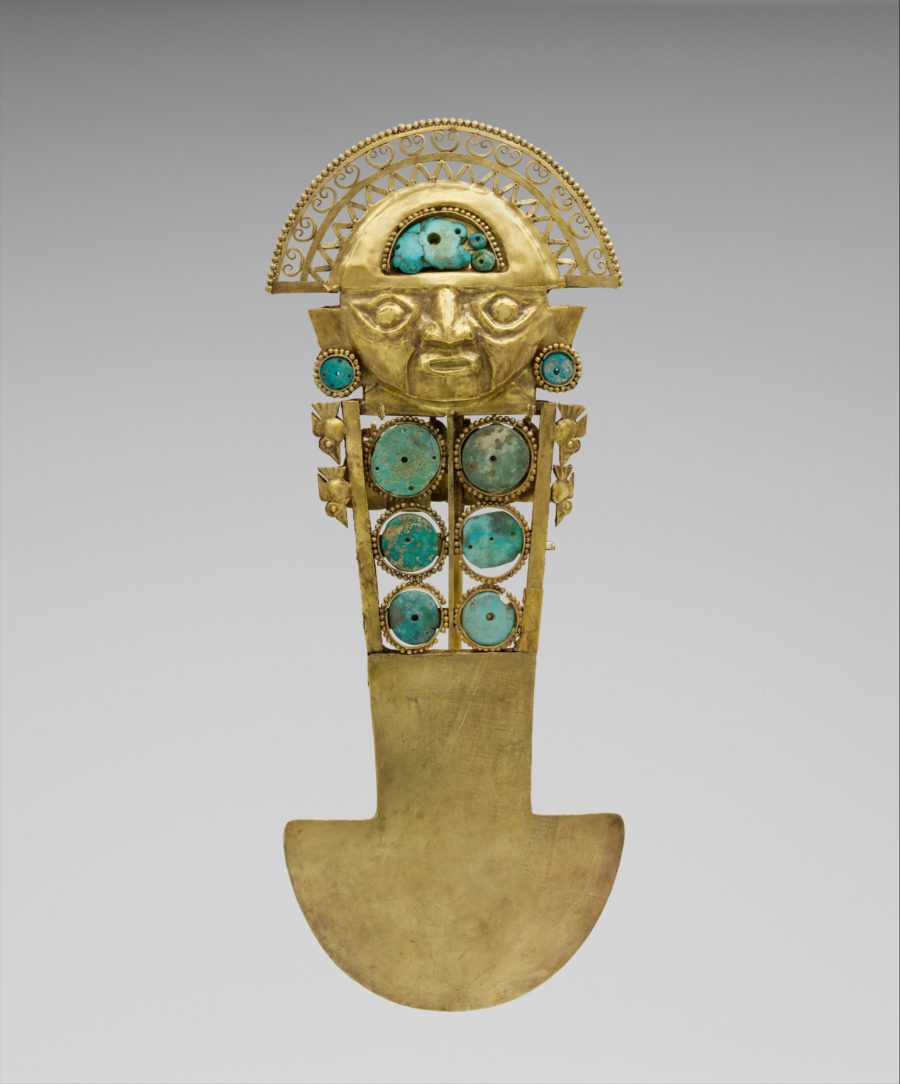