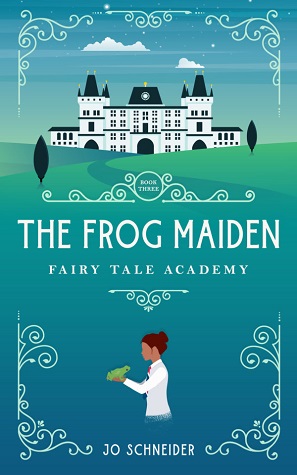 She’s an ingenious and beautiful commoner

What was fate thinking?

The Academy is for the rich and royal, not the poor daughter of a charlatan. But Brisa wants more from her life than the next town and a new scam, so she decides to break barriers and send the dean an essay on why commoners should be able to attend. She is both shocked and overjoyed when he accepts. The only catch is she must maintain top grades in her class.

With the first round of tests looming, Brisa is neck-deep in studying and reports. Minor things like extracurricular activities and making friends are not on her radar. However, when she inadvertently stumbles into the middle of the Assassination game and offends Krabbs, the goblin prince, she’s drawn into being a spy for them.

When her past threatens her future, Brisa must decide between Krabbs and the Academy.

If you’re a fan of The Frog Prince, delightful twists and determined heroines, this book is for you!