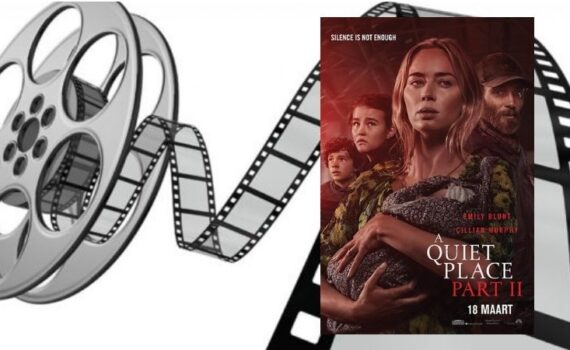 Following the events at home, the Abbott family now face the terrors of the outside world. Forced to venture into the unknown, they realize the creatures that hunt by sound are not the only threats lurking beyond the sand path.

Because the first one was awesome and I wanted to see the second one!

In general I liked the characters. I thought Emily Blunt did a great job. The kids looked properly traumatized, and the guy who helps them was cool. The son, while his acting was awesome, the part where he leaves the baby to go explore upstairs was one of the moments in the film that took me out of the story. They hadn’t played him that stupid up to that point.

Yes, I did. Although half of the story had me riveted, while the other half (even though it was tense) felt stalled. So that was a bit odd.

Uh, it’s a movie about aliens that can hear a noise from miles away and come running, so I’m pretty lenient with the plot holes. However, the crazy people on the pier should have known better. Give your enemy noise makers? Really?

Most of the movie is pretty tense, so no yawning. However, it did feel stalled a few times.

To my disappointment, there was less complete silence in this movie than the first one. Don’t get me wrong, there were a couple of jump scars that almost made me scream, so that was fun. I still loved it though.

The end was satisfying for me!

We’ve been crazy busy for the past eight weeks, so we haven’t been out to see a movie. Just getting out of our house and relaxing was enough for me to give this movie a solid 5. However, I did really like it. Not quite as good as the first one, but good enough that I’d probably watch it again.