Random Act of Fiction: The Wanderer 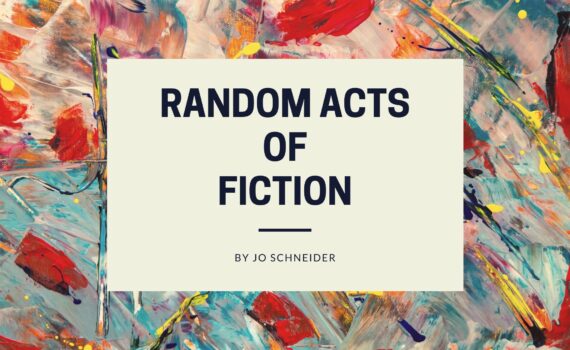 Random Act of Fiction: The Wanderer

I found this one on an old thumb drive! I remember I wrote it for a writing group, but can’t remember the prompt.

Part of me wants to write more, just to see what happens!

“You said I should come here.”  The knight drew his sword.  “You told me I would be with her again!”

I shook my head.  “No, that lunatic on the road told you to come here.”

The knight, Eland I reminded myself, looked as if he was ready to begin dismembering anything he could reach.  His once grand armor and cape were filthy, covered in grime and things that I did not want to think about.  His hair was soiled, and his horse looked as if it were less than a day away from death.  The long sword, however, was gleaming and bright—and it was pointed straight at my throat.

I nodded.  “You remember, the bald woman in the strange clothes?”

“Where is she?”  Eland shouted, spittle flying. He spun around, sword out, poised to attack.  There was a smattering of laughter, something akin to dying cats.  The knight started back and forth, searching for a foe that he could understand, looking for someone or something that could explain this madness.  I almost felt pity for him.

“This one is certainly amusing.”  The voice of evil chuckled.  “What did you do to him?”

I turned and shrugged, trying to look as nonchalant as possible.  “Nothing.  This maniac ‘captured’ me while I was wandering though the countryside.  The lunatic woman, the prophetess, told him I would bring him here.”

The Devil turned his black eyes on Eland, who was still brandishing his sword threateningly.  There was nothing close enough for him to attack.  As a matter of fact, there wasn’t much in the cavern that could be harmed by mortal weapons.  The only living humans were Eland and myself.

“And what did this woman promise you?”

I averted my eyes as Eland reached down to pull away the canvas—I had seen what was in there a few days earlier.  What was left of Eland’s now dead love had been rotting then, I could only imagine what she looked like now.

“My love.”  Eland’s voice turned gentle, as if he was talking to a child.  “Soon we will be together again.  My heart is broken.  I cannot live without you.”

I couldn’t help myself, I looked.  Eland was kneeling next to the rotting corpse of his love, holding one putrid hand in his, staring adoringly at the shrunken eye sockets.  Only the hair made her recognizable as a woman, and I was grateful that the canvas still covered most of her body.

“I love you.”  Eland whispered.  Then he bent down and kissed her swollen lips.  I almost gagged.

The Devil’s court was amused.  Some of them hollered in their shrieking way, while others shouted encouragement in languages that made my mind scream in protest.  They always loved to see broken humans.  I think it made them feel better about their own, miserable existence.

The Devil, however, was looking on with a stony expression.  Not that it was easy to tell his expression, but I had never seen this one before.

“Good knight.”  The Devil drew Eland’s attention and the man stood, hope in his eyes.  “Am I to believe that a bald woman, a lunatic, told you that if you brought your love here I could bring her back?”

Eland nodded.  “She told me to find the Wanderer.  She said the Wanderer would lead me here.  Then she told me you would bring Chirsa back to me.”  Eland’s gaze returned to the corpse.  “All I want is to be with her again.”

I flinched as the Devil’s gaze rested on me.  “And you brought them here?”

I shrugged.  “The woman started the cycle.  There was nothing I could do but lead them here.”  There was enough truth in the statement that the Devil could not blame me.  I had instructions, I had assignments, there were rules I had to follow.  Once a cycle was started there was nothing to do but play it out to the end.

“This woman will pay for her interference.”  The Devil turned to Eland.  “You will be with your love again, good knight.”

Eland’s eyes widened in trusting anticipation.  He knelt on the floor and began to profess his thanks.  I stepped out of the way.

A blast of cold, dark energy shot by me and hit the knight.  He straightened, confusion in his eyes as the rest of his life was taken from him, his last breath a rattling finale that ended with him slumping forward on the stone floor.  Death was the only thing in life that was final.

“Wanderer.”  The Devil drew my attention.  I turned to look at him.  “You are nearing the end of your sentence, are you not?”

“I am.”  I wasn’t sure I liked this line of questioning.

“Find this lunatic, this interfering self-made prophetess.”  The Devil’s eyes gleamed black and menacing.  “If you bring her to me, alive, I will forgive the rest of your sentence and you will be allowed to go free.”

“I tire of this woman’s interference.  No one manipulates my servants , and no one puts false expectations on me.”  I managed to meet his gaze.  “Bring her to me and you will go free.”