The Mitchell’s vs the Machines Review 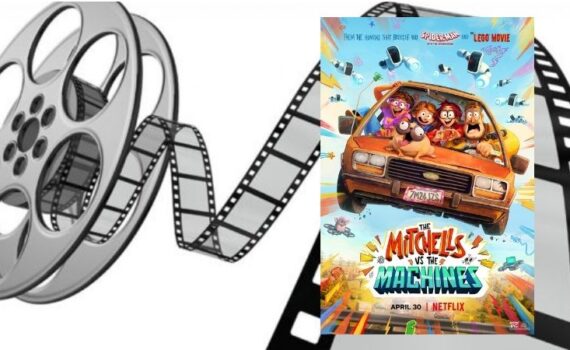 The Mitchell’s vs the Machines Review

A quirky, dysfunctional family’s road trip is upended when they find themselves in the middle of the robot apocalypse and suddenly become humanity’s unlikeliest last hope.

A few friends had seen it, and said it was cute. The film bragged to be by the same people who did Spider-Man: Into the Spider-Verse. That’s enough to sell me.

Other than the dad, who I wanted to smack the entire movie, the characters were good. They each took a bit of an emotional journey—although some were literally rammed down the audience’s throat—that made sense.

Yes. The premise and style were totally ridiculous, but I did want to see what happened. I wasn’t glued to the screen—I probably picked up my phone half a dozen times through the show—but I didn’t wander off, so that’s good. I’d say it was predictable.

There were a few. Of course now I don’t remember them, but I was grumbling about them under my breath. Granted this is basically a super hero movie, so I give some leeway for that.

This is going to sound strange. I suffered from the show being too fast paced. They rarely gave us a moment of respite from the chaos that is the Mitchell family, and that actually made me tired. I yawned more than once, but not because the show was slow.

The style of this movie is very different. I felt like it was specifically marketed for the kids of this generation and not me. Which is fine, it is a kid’s movie. That being said, the effects were fun, the animation good, and I was impressed with the cinematography more than once.

The end of the robot apocalypse? Not bad. I felt like the show took the abilities of the characters way too far, but that might just be me.

The end of the emotional arc of the characters. Meh. Again, it felt shoved down my throat.

That being said, the end was satisfying, and kids will love it.

Oh my goodness, the rest of the review is waffling a bit, but I laughed out loud a bunch of times in this show. The end, where her dad is trying to subscribe to her YouTube station, almost had me in tears. So I enjoyed watching it, but I won’t be watching it again. I’d recommend it to pretty much anyone once.