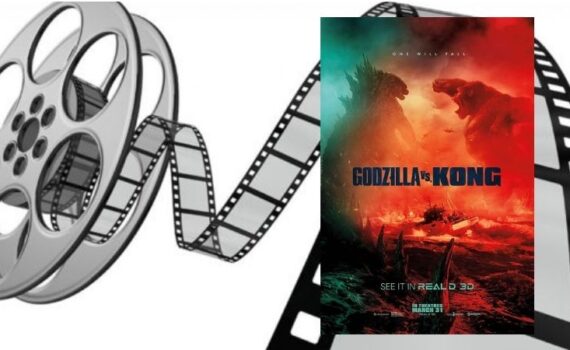 The epic next chapter in the cinematic Monsterverse pits two of the greatest icons in motion picture history against one another – the fearsome Godzilla and the mighty Kong – with humanity caught in the balance.

How I would rate the first three movies of the series:

Godzilla:
4 out of 5 It was pretty much what I expected. There was some great filming in it.

Kong: Skull Island:
4 out of 5. Again, pretty much what I expected when I watched it.

Godzilla: King of the Monsters:
3 out of 5. The humans were too stupid. I kept yelling at them and hoping the monsters would step on them. A bit heavy-handed on “saving the planet.” The monster fights were awesome.

Because I wanted to see monsters fighting monsters. There was a distinct lack of this during the first half of the movie. Then it got better.

The little girl with Kong: Great

All of the people involved in Millie Bobby Brown’s plot: Painful to behold.

Sure. Except for Milly Bobby Brown’s group.

Uh, this is a monster movie. The plot holes are usually bus-sized. In this case, aircraft-carrier-sized. Most of them I can forgive, because the movie didn’t promise anything different.

I do have to balk at the point where spilling a drink on the computer won they day. Pretty sure computers don’t work like that. Not when there are servers. And backups. And why were there vents right there by the keyboard?

Also, how can you not notice a sky-scraper-sized monkey learning sign language?

A bit near the beginning, but then it held my attention.

There were epic fights of monster on monster. Spoiler: there’s even a giant robot. Sort of. This movie totally delivered on the cool stuff.

Called it even before I started watching the movie. It works. Again, not dazzling, but adequate.

My brother-in-law was ranting about how bad this movie was, which set me up with very low expectations. So when I watched it I was like, “Meh. It wasn’t that bad.”

Except the Millie Bobby Brown stuff.

Don’t get me wrong, she did great, but the story arc with her character and the group she ends up with was beyond dumb.