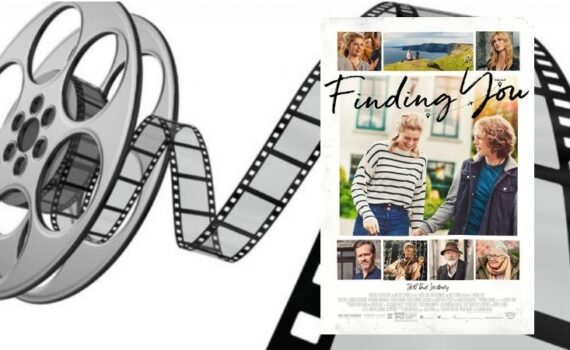 Finley, a talented aspiring violinist, meets Beckett, a famous young movie star, on the way to her college semester abroad program in a small coastal village in Ireland. An unexpected romance emerges as the heartthrob Beckett leads the uptight Finley on an adventurous reawakening, and she emboldens him to take charge of his future, until the pressures of his stardom get in the way.

A couple of girlfriends and I wanted to go to a movie, and this is the only one that looked good to us all. We were expecting a cute romance, and that’s what we got!

I think I loved all of the characters. From the main couple, to the crazy foster family, to the drunk fiddler, to the grouchy old woman…I was drawn in by all of them, and the writers did a good job giving them all a little growth.

Also, Ireland itself became a character in this movie, which is always fun!

Okay, romances are pretty predictable, and this one didn’t hold any surprises. However, I stayed engaged through the whole film. Like I said, I loved the characters, so it was easy to care about them.

While things remained complicated for the characters throughout the movie, there were a couple of things that felt off. Like no one, in how many years, bothered to ask a poor old woman why she’d stolen her sister’s man 50-something years before? Not one person??? Also, how does a movie star have so much down time? Nothing earth-shattering, just little stuff.

There were a few slow spots, but that’s expected for a romance. A couple of things felt like they got too much screen time, but other than that, it held my attention.

This is a pretty formulaic romance, and since there wasn’t a Nicholas Sparks twist of any kind, I wouldn’t say the cool factor was off the charts. However, it did deliver with cute romance, a beautiful backdrop, fun activities, and a great resolution. Also, the film never took itself too seriously, so that was nice.

I liked the ending. Usually the main couple will drop everything for love. I mean, that happens, (sorry, spoilers, but I did warn you that it was a standard romance plot) but there is some compromise that felt refreshingly real.

I laughed a lot. I cried a bit. I smiled through most of it. Frankly this is just what I needed this week. If you’re feeling down, and like a fun romance movie, go see this one!

Also, they had the girl, who was in Ireland for a semester abroad, wearing the same clothes a couple of times, which was great. Anyone who travels knows you only have so many shirts. Just a detail I appreciated.