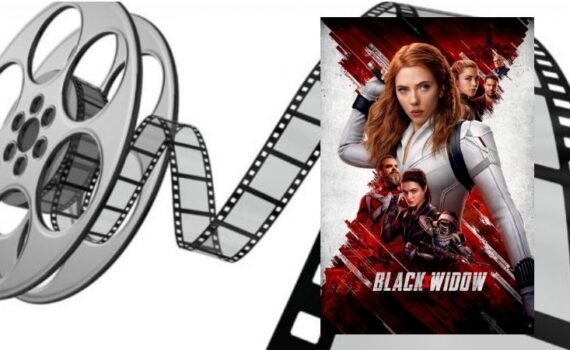 Natasha Romanoff confronts the darker parts of her ledger when a dangerous conspiracy with ties to her past arises.

Because I’ve loved Natasha Romanoff’s character since she was introduced in the MCU. Also, that Hopper guy from Stranger Things is in it. 😊

I felt like the characters were pretty solid. The whole family-ish dynamic was fun, and Natasha’s sister is a hoot.

The bad guys were flat. Oh so flat. Not unexpected for a superhero movie, but a little disappointing.

Spoilers here: Since we all know what happens to Natasha in Endagame, this movie was almost like filler. Nothing super drastic can happen to her in this show, so yes, I cared what happened, but the writers put themselves in a hard spot to keep the tension going.

I’m pretty tolerant of superhero movie plot holes. This one was, like huge.

The MCU has established that Natasha was trained in some sort of finishing school for super-spy women. We’ve gotten the impression that she took the place down. Spoiler, this isn’t the case.

Fine, good plot device, however, how does the entire world miss a flying city over Russia? And how does the guy in charge have as much power as they say he does in the film and we’ve never even heard of him before.

I’d say that Natasha probably has her finger on the pulse of anything that even smells of the Red Room, which means this simple lack of logic by the writers bugged me.

Also, why have we never heard of the Russian super soldier? Pretty sure that would be a thing.

Too many things introduced that had no logical explanation.

It wasn’t quite action fatigue, but the film went from 0 to 100 in about three seconds at least six times. Whiplash, that’s what this film gave me.

I love the martial arts, and this movie delivered. I liked the filming as well as the music.

Th end was never in doubt. I have trouble thinking all of those poor black widow spy ladies would be stable, as they portrayed them, but it would be cool if the MCU did something with some of them in the future.

I did enjoy the humor. I loved the pseudo broken family dynamic and how they got put together as a family in the first place. The logic holes were irksome, but other than that, it was fun to watch.