Book Review: The Rise of Kyoshi 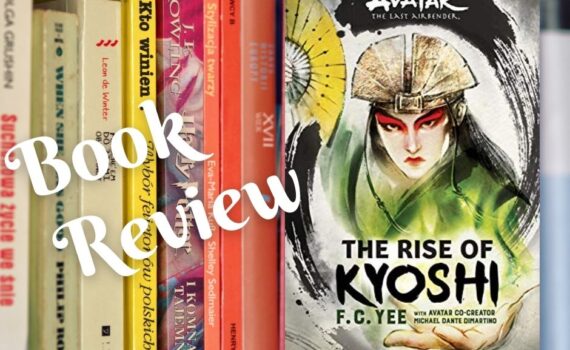 Book Review: The Rise of Kyoshi

Avatar, The Last Airbender: The Rise of Kyoshi

F. C. Yee’s The Rise of Kyoshi delves into the story of Kyoshi, the Earth Kingdom–born Avatar. The longest-living Avatar in this beloved world’s history, Kyoshi established the brave and respected Kyoshi Warriors, but also founded the secretive Dai Li, which led to the corruption, decline, and fall of her own nation. The first of two novels based on Kyoshi, The Rise of Kyoshi maps her journey from a girl of humble origins to the merciless pursuer of justice who is still feared and admired centuries after she became the Avatar.

Why did I read this book again?

Because I love Avatar: The Last Airbender, and I was curious about this book.

I thought the characters were well-represented. Kyoshi herself was the worst of the bunch, flipping back and forth between bossy and bratty to meek and humble way too much.

Most of the time. I really liked her journey of discovering she was the Avatar. I didn’t love the second half of the book as much. The balance between outer and inner conflicts felt stretched too thin.

There were no huge holes that I remember, and only a few things that annoyed me to the point of distraction. For instance, Kyoshi goes into the Avatar state like three or four times. That’s the only time she’s powerful for most of the book. Then, after some training that we don’t get more than a glimpse of, she’s suddenly dust stepping? Also, the total trust the thieves put in her wasn’t believable.

It got slow a few times. The romance was clunky, which was sad.

I was expecting more in the way of bending, but that wasn’t what this book was about. After I shifted my expectations, I enjoyed most of it.

Cliffhanger! I mean, most things were tidied up nicely, but then…they weren’t. Granted, I should have noticed that it was a book 1.

The world of Kyoshi is much more brutal than that of Aang, which I actually liked. Seeing her rise into the Avatar is fun.

The author seemed to soften or skip things that I wanted to experience through the story. I’m not sure if that was because they wanted to keep it YA, or what, but not seeing much of the training was annoying. How can a reader know if a character is growing if we don’t experience it?