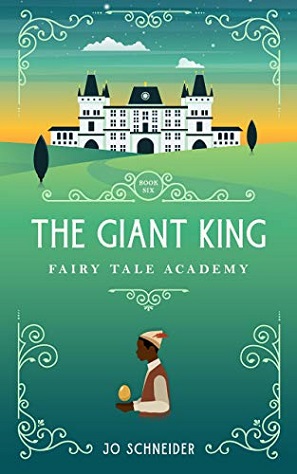 Jak has three goals: keep his status as king a secret, figure out who poisoned their bean crop, and find a way to get out of being the king of the giants without getting killed.

Within his first week at the Academy, his cover is blown, he finds out that the orcs–mortal enemies to the giants–might have played a role in poisoning the beans, and a girl tells him he can’t join her sparring club.

Not that Jak minds a strong woman. In fact, after Maggie beats Jak’s body guard in a fight, he asks her to train him.

Between trying to impress Maggie, keeping his body guard from ripping an orc in two and avoiding an all-out war between nations Jak almost misses the subtle clues that will lead him to the truth about the beans.