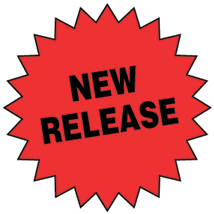 The Frog Maiden is Here! Also, What’s Next…

Get The Frog Maiden now!

Only 99 cents (today only) or free on Kindle Unlimited

I had such a good time writing this book. I know I shared some of the inspiration I had for characters in the last post, here are a few more. Once again, swiped from the web. If you know who drew them, let me know so I can credit them! 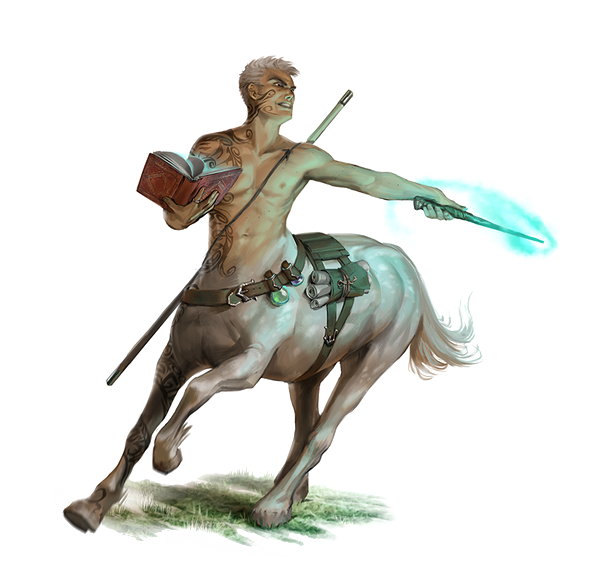 This is Haleros. Okay, this is an angry version of Haleros.

Centaur, earth caster and all around party animal. Or that’s what he wants you to think.

This is a grown-up version of Krabbs, the goblin prince. He cracks me up. 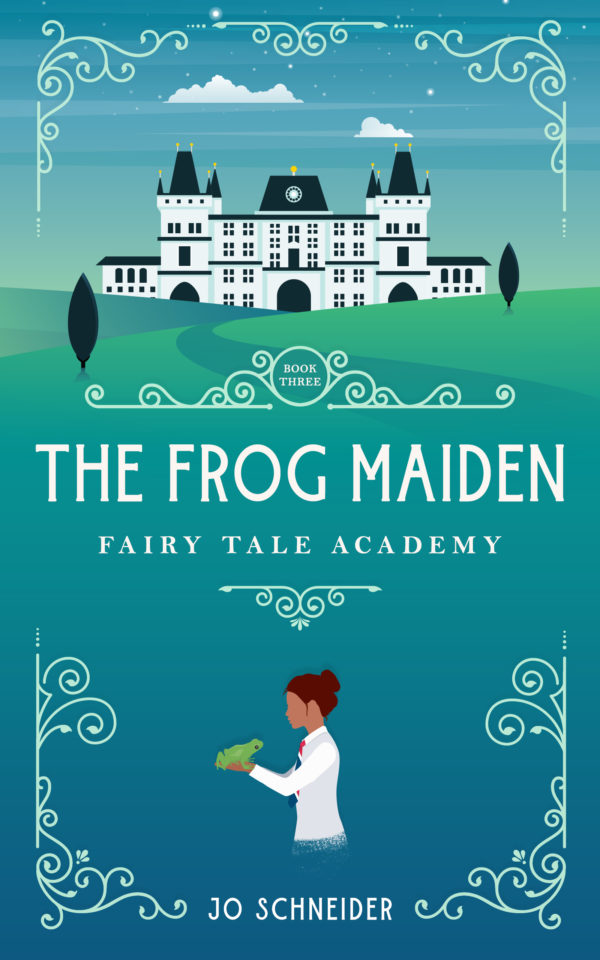 Here’s what’s in line for two weeks from today! 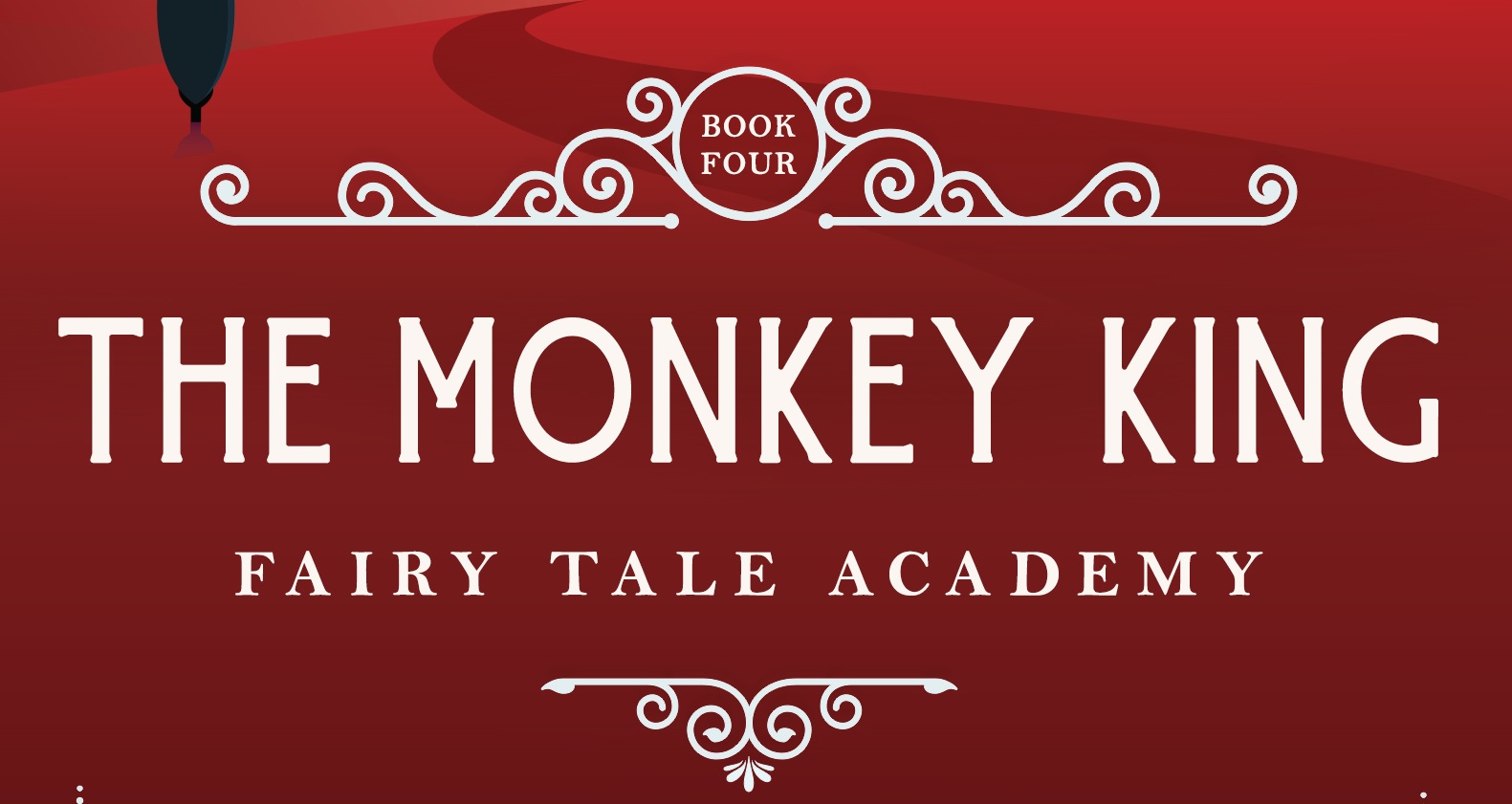 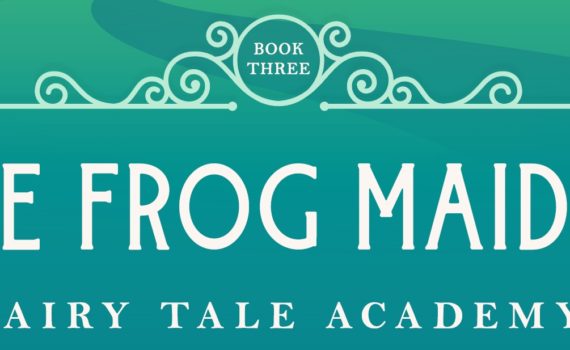 The Frog Maiden: Cover Reveal and a Teaser

Tags : Cover Reveal The Academy The Frog Maiden YA Books

What about The Beast?

Excited for the next installment of my Fairy Tale Academy Series?

Here’s the cover for Book 3: The Frog Maiden

The Frog Prince (which this tale is loosely based off of) has never been one of my go-to fairy tales. However, I wanted to steer clear of the standard Cinderella, Snow White, Sleeping Beauty...so I decided I would try my hand at this one.

Guys, when the ideas started coming for this story I laughed and laughed. My inspiration came from not only The Frog Prince, but also the 80’s movie Gotcha! and the anime Ouran High School Host Club. (Which, by the way, is one of my favorite anime shows. Also, I had to watch the first episode for “inspiration”)

I use a lot of the other races from the Academy in this book, and I searched the internet for inspirational pictures. These are a few that I came up with.

(Note: I do not own these. I found them through Google searches and don’t have the info to credit them. If you know who drew them, let me know and I’ll add it!) 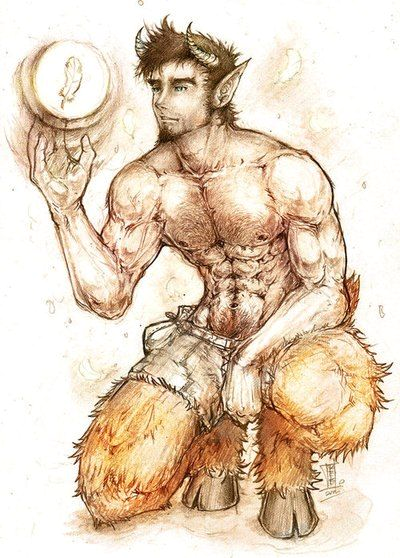 One of the Tiny Triad of Pixies 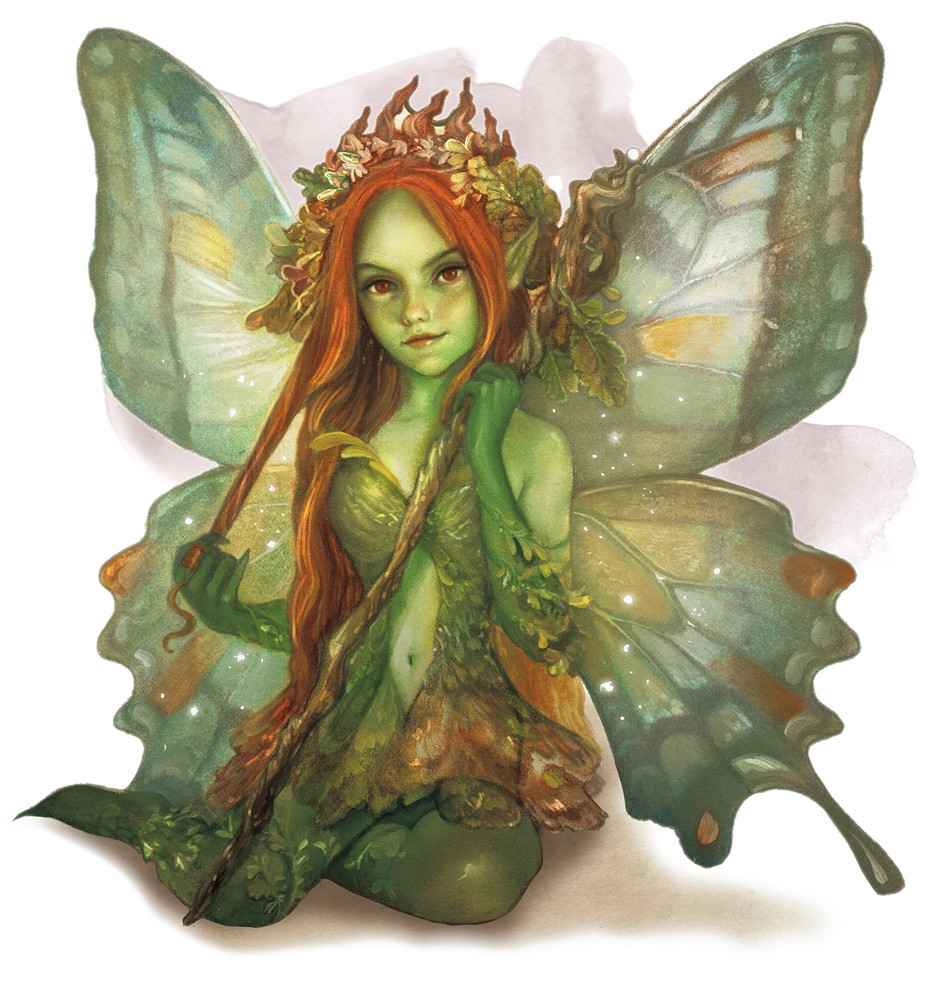 Official Release for this book is Wednesday, February 20th!

The fabric of Brisa Northcott’s bag groaned as she adjusted the strap on her shoulder. A trickle of sweat rolled down the back of her neck and she cursed under her breath as she darted out of the way of a wave of second-year students headed for the cafeteria. Brisa didn’t have time to eat. She needed a place to study. Her eyes darted to the library, and then at the stream of students entering.

All of the tables on the green were taken, although with the centaurs heading up some sort of game involving a ball, there wouldn’t be a lot of quiet happening outside. Brisa passed the fountain where a gaggle of third-year girls of all races had gathered.

“Did anyone ever find out who made Belle’s dress for Homecoming?”

Homecoming had been over two weeks before, and these girls were still talking about it?

“It was Taylor. He’s almost booked through the Peach Festival. You’d better get your name in his list today.”

“Taylor, as in Prince Adem’s roommate?”

“I heard he almost turned into a troll and laid an egg.”

The din from the girls faded, replaced by the clopping sound of a centaur coming up behind Brisa. Her fingers tightened around the strap of her bag.

The cadence hastened. The boys coming toward Brisa stared behind her and up two feet.

The faint smell of a barn accompanied the centaur as she caught up.

Adosa’s back drew even with the top of Brisa’s shoulder. Her sleek, dark brown hide shimmered in the sunlight, as did her black tail and long, straight hair. Ruby red lips pulled into a mocking smile that didn’t reach her doe-like brown eyes. As usual, she wore her white uniform shirt unbuttoned almost to the point of making Brisa uncomfortable with the scarf tied around her neck. “Where are you off to?” Adosa’s gait slowed as she walked next to Brisa.

“I need to study,” Brisa said in an even voice.

“You do have a lot to learn, especially if you’re going to keep your scores high enough to stay.”

The boys passed, craning their heads at the centaur. Not only was she beautiful, but she held a small place of power among her people. Power that went straight to her head.

“The library is always a good place to study.”

Brisa slowed, forcing Adosa to walk at a snail’s pace. “Everyone else is in the library.”

“I suppose that’s true. What about your room?” Adosa put a hand on her chest. “I forgot, your roommate is a vampire. I’m guessing she’s sleeping.” She smirked. “I suppose that’s what you get when your father is a charlatan and you have no heritage.”

Brisa ground her teeth but forced a smile. “I supposed so.”

Adosa tossed her black hair. “I’m on my way to the arts building. One of the sculptors wants to use me as a model.”

Of course they did.

The thought of sitting in a room with Adosa and her adoring fans made Brisa’s skin crawl. She glanced around and said, “That’s a very nice offer, but I’m meeting someone in the history building.”

“I thought you said you were looking for a place to study.”

Brisa ignored the question, took the next cobblestone path and waved. “See you later.”

Brisa took the stairs two at a time and retreated into the building. Students occupied the first two rooms she passed. When she got to her history room, the instructor—Bo’ab—sat at her desk.

The study area near the far stairs—consisting of a table, two chairs and a dusty couch—was deserted. Brisa sighed as she set her books on the table. The carved, wooden chair screeched along the stone floor as she pulled it out.

Brisa opened her bag and stared at the contents. History, science, magic, diversity of species, sculpture…she had enough work here to keep her busy for a month. In the end Brisa decided to start with her goblin report. It wasn’t due until the end of the week, but she’d been working on it a little each day, and if she continued, the report would be finished ahead of schedule.

Brisa pulled out two textbooks and her notebook. Several slips of paper poked out the top of each book, and she opened both to the latest slip. She retrieved a pencil, flipped to her report in the notebook, and began reading.

Understanding the other races was one of Brisa’s primary concerns, and she’d had to beg Dean Banli to let her into the advanced diversity of species class. If she didn’t impress the instructor with this report, he would likely kick her back to the first-year races class.

Goblins had always fascinated Brisa. They kept much of their clanish culture secret, but enough was known that Brisa had plenty of material to put in her report.

According to her research, goblins were reputed to be shy creatures. Everything Brisa had seen here at the Academy proved otherwise. Acting student body president, Rakar, was a goblin, and he was anything but shy.

Another discrepancy seemed to be that the goblins liked to steal. Brisa hadn’t found anything in the library or the school records that indicated that they’d had any issues with thefts involving goblins.

Brisa had hoped to find out more about their clans, but so far she hadn’t had much luck. Perhaps she would ask Rakar for an interview.

Several minutes passed and Brisa was in the middle of writing a long note, when the clomping of hoofs echoed from down the hall.

Brisa gathered all of her things in her arms, hooked her bag over her shoulder and ran up the spiral stairs as fast as she could. Her shoes slapped on the stones, and her legs burned. She reached the landing and ducked behind the half-wall.

The clomping came to a stop.

“Did anyone see you?” a gravelly voice asked.

“And you’re sure she had a blue tattoo?”

“That’s what the girls said.”

Brisa adjusted the bundle in her arms so she could breathe.

“Did she take the bait?” the gravelly voice asked.

A new voice snorted. “Of course. No woman can resist knowing a tiny bit of their future.”

“I still can’t believe girls buy into that,” the deep voice said.

“Is the Tiny Triad tailing her?” the gravelly voice asked.

“They were the last time I saw them.”

Brisa leaned over the rail so she could see below. As she suspected, a centaur stood with a satyr. Both faced a goblin.

The centaur’s silver hide and cropped white hair almost gleamed in the light. A tattoo ran out from under his white shirt and up his neck. He’d rolled his sleeves up, and Brisa could see the tattoo peeking out at his elbow. She’d seen the satyr before—a second year with brown fur, short horns and a disarmingly handsome smile.

The goblin, like all of his kind, stood shorter than most human men. Large, pointed ears poked out from his head. Gold earrings dangled from both in varying quantities. His skin looked extra green next to the white shirt and tie and black pants.

“Okay,” the goblin—owner of the gravelly voice—said, “we just got lucky. If we can pull this off, we’ll have the biggest advantage in the history of this competition.”

The centaur and satyr nodded.

The goblin continued. “You know what to do.”

Before either of his companions could move away, a zip of light came down the hall and halted in front of the goblin, bouncing up and down. It let out a faint trill.

“You got it, boss,” the centaur said.

Whatever this was, Brisa wanted nothing to do with it. She turned to creep away from the stairs, but let out a scream and dropped her books when she came face-to-face with a glowing pixie. The little green-skinned female wore a tiny uniform, and somehow she’d managed to find the shortest plaid uniform skirt Brisa had ever seen. Flowing red hair cascaded past her hips. Her wings—segmented like a butterflies—looked like tiny stained glass windows in shades of brown, orange and green. Burning red eyes glared at Brisa, and the pixie let out a high-pitched wail.

Brisa let out a yelp and spun back toward the stairs, stepping on her books in the process. She came face to face with the goblin. His orange eyes took her in from head to foot, then he looked over her shoulder. “Assassinate her, girls.”