How Are You Handling Lockdown? 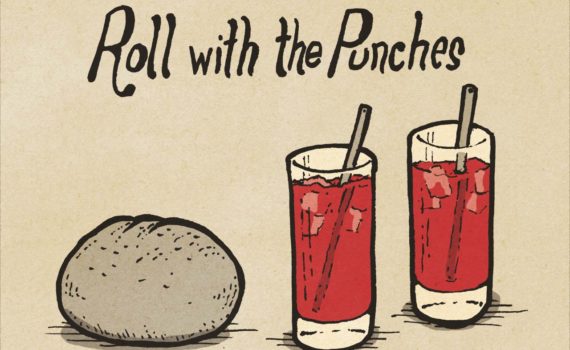 How Are You Handling Lockdown?

The saying “Roll with the Punches” has been around for a long time. It refers to boxing, I think, but now means:

“When things dont go your way and you adapt to the changes and keep moving ahead instead of flippin out.”  -Urban Dictionary-

Like the picture above, the saying is familiar, but the picture is all wrong. Sort of. I feel like this represents our lives right now.

Most of us have been confined to quarters. Some still go to work, others are working from home. I won’t say which of these is more “lucky” than the other, because it’s not that kind of a situation.

We just got the final say from the state that schools will be shut through the end of the school year.

No one is surprised.

Some people are freaking out.

Others are rolling with the punches.

And there have been a LOT of punches lately.

We’re all tired, bored, stressed out, freaking out, and hyper vigilant all at the same time. I can’t imagine being in the healthcare field right now. Gold stars to every one of you!

Honestly, my daily life hasn’t changed that much. I’m an author. I work from home. The hubby worked from home two days a week, now it’s five days a week. Not going out is annoying, and my extroverted side is crying at the moment, but it’s fine. We’re fine.

However, about a week ago, I went to get ice from the ice maker and…all I got was the sound of the motor. No ice came out.

I knew it had been making ice, so I checked.

The bucket in the door was empty.

There are only two of us. How can there be no ice???

Then I remembered…the hubby had started using a bigger cup, which he always fills with ice. By adding 16oz to the cup he drinks from all the time, he’d run us out of ice.

Because I wanted ice! It’s not that big of a deal, right?

The hubby and I don’t really fight, so it’s not like I got crazy or anything, but I did declare that he’d better stop using so much because I wanted ice too.

I glare at him every time he puts ice in that stupid cup.

He is, of course, taunting me.

He’s a good egg, so I know he’s being good about the whole ice debaucle of April 2020.

However, this got me thinking about how each of us wants to control some aspect of our life. One thing that can be right no matter what.

I’m trying to chill out about those things. Do my best and keep rolling.

Will I freak out again? Probably. Will I be tempted to rage at someone online? Certainly. Will I actually do it?

I waited six days (much longer than their estimate) for a pick-up order at the fabric store to be ready, then went I went to pick it up there were like twenty other people there for the same reason. We left. I’ll go back later.

I was tempted to call and complain. I really wanted too. However, I took a moment to think about the fact that there might only be two employees in the store, trying to fulfill who knows how many orders, having to work with the public and get exposed to who knows what.

It’s fine. I’m fine. I have other things I can do.

The next time I start to rage out, I hope I remember that we’re all in the same boat. It feels like it’s sinking at the moment, but we’ll be fine.