Confessions of a (minor) Earthquake Survivor 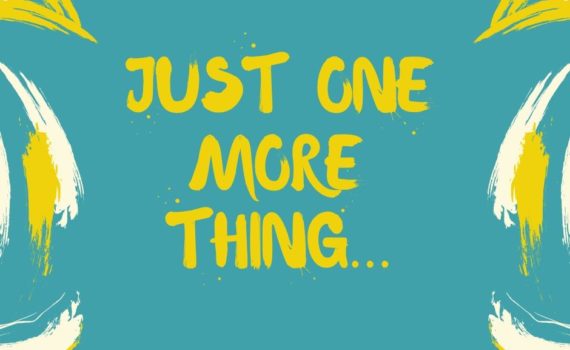 Confessions of a (minor) Earthquake Survivor

This has been the world for the past few weeks, then we had to up the ante here in Utah.

If you live near a fault, perhaps you’ve heard that there is a “big one” coming, meaning an earthquake. I’m located near Salt Lake City, Utah, and have been told my entire life that the “big one” is coming.

My father-in-law is a geologist, and loves to tell people all about how a twenty foot chasm will appear when the fault goes, and the mountains above it will slide down to fill the gap, causing even more shaking.

Trust me, don’t ask him unless you want to know a whole lot of stuff you probably don’t want to know.

Anyway, I’ve never been afraid of earthquakes. It’s always been tornadoes that scare the crap out of me. After seeing a few when I lived in Colorado, and even seeing the one that hit Salt Lake City a few decades ago, the stupid things give me nighmares.

Last Wednesday, right around 7:10am, we experienced a 5.7 earthquake with the epicenter about five miles from our house.

Last week was the first week in a month that I’ve gotten up on time, which is 7am for me. I’d been sick with a chest cold, but had finally gotten back to my normal routine.

So there I was, sitting on the toilet (besides being in the shower, there aren’t many less desirable places to be), when the room rattled once.

My mind flew into action.

Then the room really started to shake. I was surprised how loud it was. I watched the pictures on the wall, thinking I was glad most of them were Velcroed in place.

Then I started screaming. Well, more of yell, like “Ahhhh!”

The first panic thought was, “Is this the big one?”

The second thought was, “Well, this is the hubby’s fault.” Just a few days before he’d been laughing and saying the worst thing that could happen right now would be an earthquake that wiped out a good chunk of the valley, forcing the survivors to live in rescue camps where Covid19 would then run rampant.

The third thought was, “On the toilet? Really?”

About that time, it shook my husband awake. By the time he got out of bed and ran down the hall, the shaking had stopped.

And what did I do?

I froze! I didn’t think about getting off the toilet, or diving for cover, or anything like that. Nope. I froze.

Once the shaking stopped I did ask myself if I should fill the bathtub with water, in case everything was broken, but the hubby ran downstairs and verified that all the pipes were fine.

This is the first earthquake over maybe a 3.5 that I’ve ever felt. My heart was racing the whole day, and I swear I felt every single aftershock. One was in the 4.0 -4,5 range, and it totally freaked me out. At least that time I grabbed my phone and ran for a doorway.

I haven’t dealt with a fear response like that in a long time, if ever! Elevated heart rate. Anxiety every time the furnace came on or a car drove by. The muscles in my body would not relax. I was wound as tight as a drum. Now I know how that feels!

It’s almost been a week, and the aftershocks are still going on. I felt one yesterday, and went into a mini-version of freaking out again.

If this is how it feels to have anxiety, I’m REALLY sorry for all those who have to deal with it. My brain knows I’m fine, but something, somewhere isn’t convinced.

They say people who get motion sickness often experience after-earthquake anxiety. I guess that’s me.

On top of the Covid19 madness going on around us, this wasn’t a thing any of us wanted to deal with. Especially as we called our neighbors and made sure everyone was okay, but we weren’t really supposed to go visit anyone because of social distancing.

I do think I have a better idea of how people will respond in an emergency, so that’s good, right? That’s a writing thing.

So, if you’ve been freaking out lately, you’re not alone. Just take a few deep breaths, find something that makes you laugh, and then get to work.

Caveat: I don’t have kids, just the hubby and I, so there’s much less stress in this house than many around me. Good luck people! May the odds ever be in your favor!

Yes, Anxiety SUCKeth & I’d love to chat with your father-in-law about how the valley will open as a hell mouth.