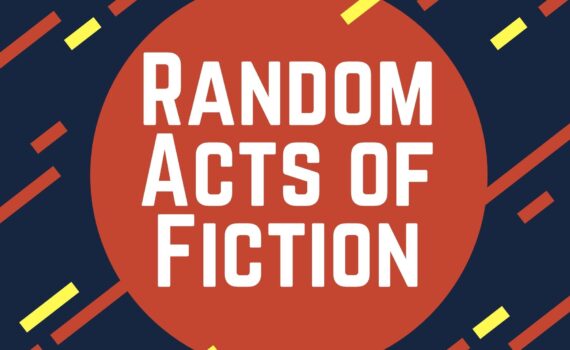 Pretty sure this gem was for a writing group.

Where else would I come up with a story involving a business merger between the Keebler Elves and Cookie Monster?

Okay, fine, I might have come up with it on my own. Especially considering how quickly things go awry.

“Blabber-arbra Waters here.  We’re back with a most unusual mix of, err, creatures.”  Blabber-arbra smiled at the camera before turning to her guests.  “Welcome to the show!”

Three of the Keebler elves, Ernest J. Keebler, Flo and Buckets respectively, were seated on very high bar stools.  They waved and smiled politely.  “Thank you Blabber-arbra!  It is a pleasure to be here.”  They said excitedly, their short legs dangling far above the floor.

“Yes, a pleasure!”  Cookie Monster said from where he was seated in a pink overstuffed chair.

“I am so glad that you agreed to come on the show this morning!  After all, this is going to be a big day for all of you.”  She directed this last comment to the Ernest, the head elf.

Blabber-arbra nodded and consulted her notes.  “If I am not mistaken, the Grand Opening of your new Cooike Super Store in downtown Manhattan is in just a few hours.”

“Now I know that everyone is dying to know this:  What significance does the name CCC’s have?  What does it mean?”  Blabber-arbra waited expectantly.

“Yes!”  The head elf nodded.  “Cookie Monster actually named the shop.  We wanted to keep it simple and to the point, so we turned Chocolate Chip Cookies into CCC’s.”

“Will you specialize only in chocolate chip cookies?”  Blabber-arbra inquired.

Cookie Monster’s hand flew to his mouth as an involuntary gasp or horror escaped.  “Only chocolate chip cookies?”  His bottom lip began to treble.  “No!”  Tears welled in his glass eyes.  “We couldn’t leave the others out!  They would be so sad.”  He sobbed.  “So lonely.”  With this Cookie Monster buried his blue face in the arm of the pink chair and wailed.

Flo leapt from her barstool and landed next to Cookie Monster.  “There, there.”  The little elf comforted.  “Of course we won’t just make chocolate chip cookies.”  She glared at Blabber-arbra.

Blabber-arbra shifted uncomfortably and directed a question to the Ernest.  “Can you tell us what else your product line will include?

“Well of course we will have our classic cookie line, along with a complete milk bar right in the store!”  The head elf turned on the twinkle in his eyes.  “There will also be a few surprises.”

Blabber-arbra leaned forward.  “How did you decide to combine the might of Keebler with the advertising power of Cookie Monster.?”

“Actually it was his idea.”  Flo, who was still sitting with Cookie Monster piped up, pointing at the furry blue creature.

Cookie Monster nodded; apparently back in control of his emotions.

Reluctantly Blabber-arbra turned her attention to Cookie Monster.  “How did this idea come to you?”

Sitting up straight Cookie Monster cleared his throat.  “I love cookies.”  He put a hand to his chest.  “Cookies are beautiful things.  I wanted everyone to love cookies too!  So I ask elves if they want to be partners.  They say yes!”  The elves beamed.  “And we decide to open store where everyone can have cookies!”  The elves nodded their full support.

“I hear there have been low-carb demonstrators harassing this project since you broke ground on the store.”  Blabber-arbra stated.  “Do you foresee this as a problem?”

“What about the declining health of the people in this nation?”  Blabber-arbra pushed.  “Have you considered that?  Do you think that CCC’s will contribute to our nation’s health crisis?”

Ernest J. Keebler held up his hands.  “Please, there is no need to get carried away.  We have no desire to force anyone to eat cookies!  Of course it is everyone’s individual choice if they want a cookie or not.  And besides, we will have a whole line of Low-Carb cookies for those who are watching their carb intake.”

“Quick!”  The head elf jumped up and stood on the chair.  “Emergency distraction!”  The three elves began to spin around.  When they stopped they were in what looked like assault gear for a force that was going to attack something with cookies.  Grasshoppers and Animal Cookies hung from their belts like grenades.  Vanilla Wafers and Soft Batch cookies were in bunches that looked as if they could be loaded into the cookie launchers each elf had slung over their shoulders.  Around their biceps they each wore a band that read ‘Disaster Prevention Team’ with a bronze E.L. Fudge cookie below it.

Before anyone could move two of the elves threw themselves between Cookie Monster and Blabber-arbra.  The other elf, Buckets, attached a Fudge Stripe to what looked like a fishing pole.  In one swift move he cast the cookie and had it dangling in front of Cookie Monster.  The monster stopped, cocking his head to one side.  Then, looking around to see if anyone was watching, he snatched it up and ran back to the pink chair.  He noisily devoured the cookie.

Blabber-arbra stared in astonishment and fear.  The music to go to commercial finally snapped her out of it and she forced a very small smile.  “Well, thank you again for joining us this morning.  And good luck with CCC’s.”  All of the elves bounded onto her lap and waved as the camera faded out.