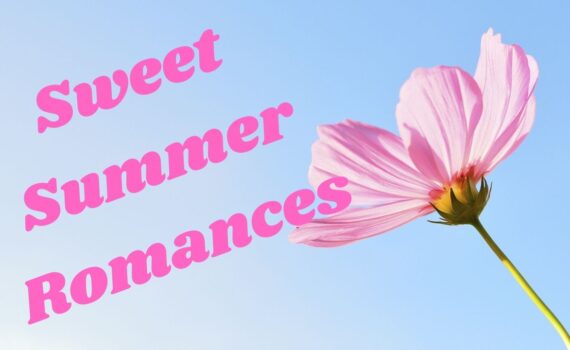 Book two of Karly Stratford’s Summer Romances is out!

Look at that cover. It’s a thing of beauty, I tell you. If you’re a fan of Hallmark style, sweet and clean romances, this book is for you!

Awkward situations, sassy dialogue, and characters you will cheer for await!

Their senior year break-up is the stuff of legends

Ten years later their best friends are getting married

And they’re part of the wedding party

Steve:
There he was, minding his own business, picking up snacks at the gas station on the way to his best friend’s wedding when he sees a damsel in distress.

Only this is no damsel, it’s Gina—the only girl that had ever ripped his heart out and stomped on it—and he’s thinking it might be better for both of them if he walks away.

But he can’t quite do it.

Gina:
Of all the luck. First her car breaks down on the way to her best friend’s wedding, and then Steve appears like a knight in shining armor holding gas station burritos.

Her least favorite thing ever.

Gina had been hoping to spend the wedding avoiding Steve. Apparently Fate had other plans.

Can Gina and Steve work through their past issues and seize this second-chance, or will they cling to their old hate and miss the opportunity to be with the one they truly love?

Several minutes and a package of Twizzlers later, Steve walked back out into the sunshine. The convertible and tow truck were still sitting at the far end of the parking lot. A man stood by the truck, but his coveralls indicated that he probably wasn’t the owner of the car.

“What do you mean it will take an Uber more than an hour to get here?” A demanding woman’s voice floated from around the corner of the convenience store.

Steve frowned and slowly walked toward it.

“Are you certain there are no drivers in Remington?” The words were a mixture of irritation and desperation.

Sure enough, Steve knew that voice.

His feet stopped of their own accord, and he automatically turned to walk away, but the woman spoke again.

“I’d rather not wait. I’m headed into Indianapolis for a wedding, and I need to get there as quickly as possible.”

Steve gritted his teeth and closed his eyes. His fingers tightened around the soda cup. “You should walk away,” he said to himself.

Why should he help her? He looked at the convertible. Cute. Red. Expensive. Classic. He couldn’t imagine Gina driving anything different.

Then Steve’s eyes drifted to his Lexus NX SUV. One of the best purchases he’d ever made, and he’d paid cash for it. At least she wouldn’t make fun of him like she had in high school when he’d been driving an ancient Pinto.

Steve shook his head. Why did he still care what Gina thought of him? His car? His money, or lack thereof? They were grownups now.

He’d had no idea that she’d be coming from the north. He wondered if she lived at the south tip of Lake Michigan, or maybe even in Chicago.

Could they have been in the same city and not even known it?

Steve snorted. How many people lived in Chicago and the surrounding suburbs? Millions. Two people could live their whole lives ten miles apart and never meet.

But this was Gina, and now he wondered.

Gina let out a huge sigh. Steve recognized it as the sound of acceptance of a fate she wasn’t happy about. “Fine. I guess I’ll wait.”

Steve’s heart started pounding in his chest, and suddenly, the outside of the Twizzlers bag was slick with sweat.

He was literally going to the same place she was. Her family lived a couple of miles from his parent’s house. He could drive her, so she didn’t have to wait for an Uber.

Or he could walk away.