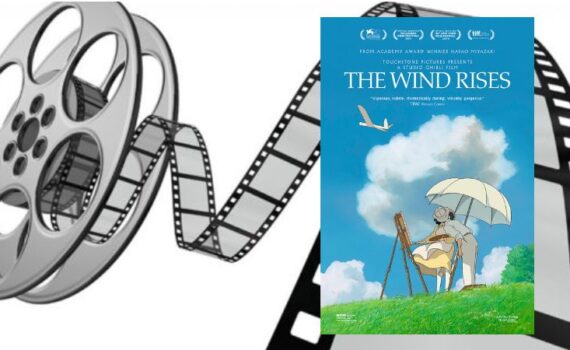 A look at the life of Jiro Horikoshi, the man who designed Japanese fighter planes during World War II.

The hubby and I were poking around through our many streaming services and found this. Neither of us had seen it so we thought we’d give it a shot.

While this movie seems almost spartan in its dive into the life of the characters, I still found myself intrigued with them.

This film is loosely based on a true story. It’s always interesting to consider what happened on the other side of a war. Even though the pacing was slow, I never took my eyes from the screen.

Not sure you can have a plot hole in a film like this. I will say that Miyazaki may have taken some liberties on a few things, but honestly, I didn’t mind.

None. Although as I said above, it isn’t a fast-paced film. However, each part of it was painstakingly and lovingly crafted. The ravages of the war were kept on the outskirts of the story, but they were there. Simple things felt both real and weighty. Even after back surgery I stayed alert.

Can Miyazaki make something ugly? The animation is stellar, and the story telling deep and solid.

The end wasn’t so much as an ending as it was a good place to stop the story. I liked it. No surprises. Also no certainty.

While I doubt I’d watch this movie again, I did love it. This film does a great job of settling the audience into the world and allowing them to see it through the eyes of the characters. In a word, I’d call it, delightful.