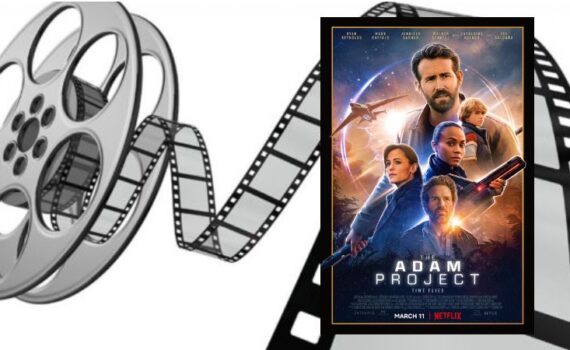 After accidentally crash-landing in 2022, time-traveling fighter pilot Adam Reed teams up with his 12-year-old self for a mission to save the future.

A few friends had said this was movie was cute and since I was down after surgery I thought I’d give it a chance.

Both versions of Adam are fun. (It’s difficult to go wrong with Ryan Reynolds doing his thing) They each have character arcs. The supporting cast all played their roles. Nothing spectacular there.

If not for the awesome chemistry between older and younger Adam, this would have been a meh film for me.

Nothing about the plot of this show surprised me. Sometimes that’s okay, in this case it left the movie feeling just above okay. The fact that the kid figures out who the mysterious time traveler is in about three minutes was kind of refreshing. No “Oh my gosh, you’re me! You’ve been lying to me this whole time!” moment later on in the movie. I liked that.

The conflict was okay. Time travel is always dicey, and they did a lot of hand wavium, but I didn’t mind that so much.

It’s a time travel movie, the whole thing is one big plot hole. Or perhaps several plot holes nestled inside one another like a Russian matryoshka doll. The film didn’t take itself too seriously, so that helped to smooth over any scientific issues people might have had.

There was…something…that bugged me. However, I was on the good pain killers when I watched it, so I can’t remember what it was. Huh.

Some people have complained about the movie being too slow in some parts and too fast in others. I’d have to agree with that. I don’t mind slow-paced scenes as well as fast-paced scenes, but this movie seemed to take them to the extreme. The only comfortable scenes were when the two Adams were shooting dialogue darts at one another.

Effects were fun. Action scenes stood up to everything else that’s out there right now. No complaints here.

As I stated before, this film didn’t surprise me on any level. That being said, I did like the end. The story led me to expect a few things from the end and they delivered. Good on them and I was happy.

I love a good buddy comedy. At its core that’s what this was. This movie may not have a super high belt score, but I did like it. It swept me away from being uncomfortable after surgery and got me to laugh more times than I remember.