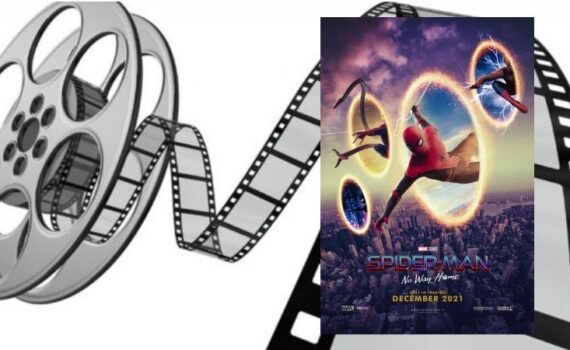 With Spider-Man’s identity now revealed, Peter asks Doctor Strange for help. When a spell goes wrong, dangerous foes from other worlds start to appear, forcing Peter to discover what it truly means to be Spider-Man.

I’ve really enjoyed all of Tom Holland’s Spider-Man movies and I was excited to see this one. Plus, even though the other Spider-Man’s said they weren’t going to be in the movie I suspected they would.

Admittedly, I haven’t seen the older Spider-Man movies in ages. I didn’t remember the villain from the Andrew Garfield shows, but it didn’t matter. I though this movie did a good job introducing them as they came into it. Dr. Strange was fun. Tom Holland did a great job. His friends made me laugh and weren’t terribly stupid, which was nice. The inclusion of Happy made me, well, happy. All in all, this movie handled the huge cast of characters pretty well. My one issue was Tobey Maguire’s “acting.” It was painful to behold.

Not much came as a surprise (I guessed most of the plot before we got to the theater), but it didn’t matter, because the film kept me engaged. So yes, I cared what happened.

Like I always say, superhero movies are going to have plot holes. I didn’t really “get” Peter’s desire to reform the bad guys, but that’s the only thing that really bugged me.

The set-up was a little slow, but it paid off.

I liked it! Super fun in a packed theater. So many great one-liners and tons of nostalgia fodder.