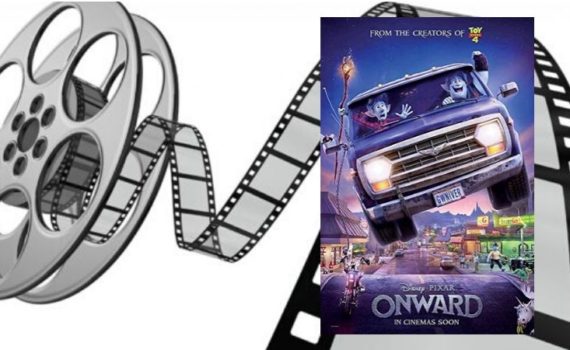 Two elven brothers embark on a quest to bring their father back for one day.

Why did I watch this movie again?

See that tag line up there? That’s literally the only thing I knew about this movie going in. I saw it on Disney+ and decided, why not?

Well, with Chris Pratt and Tom Holland, I expected some great characters, and I got them! This film was very much about how the past intersects the now, and each character had a fun story arc and a satisfying ending.

This started off so quirky that I was immediately drawn in. My hubby is a giant D&D nerd, and he was cracking up at all of Barley’s role-playing references. I was totally rooting for the boys to see their dad, but also for their mom’s boyfriend, the manticore and more.

You know what, I didn’t notice many. Time was strange. And if they’d taken the path of peril they would have been in the middle of nowhere when they ran out of gas, so there’s that. However, nothing pulled me out of the film. I called a few things long before they happened, but that’s not unusual.

Not once, and for a Sunday afternoon, that’s pretty impressive.

It’s more like the fun factor. I had zero expectations going in, which probably helped, but every scene in this film pulled me farther into the characters and the story. The animation was good. The creativity was off the charts.

It’s not often that I’m okay with the main character not getting what he wants in the end. At least not in the way I was expecting. However, this is one of the things that surprised me, and I really enjoyed it. Quite satisfying, if not a little sad. And happy. You just need to watch it.

I laughed and laughed. I even teared up once or twice. I have no idea if kids will like it, but my husband and I really enjoyed it. The little lessons the brothers, and even their mom, learn are awesome. The Manticore had me chortling. As I said before, very clever. I like that.