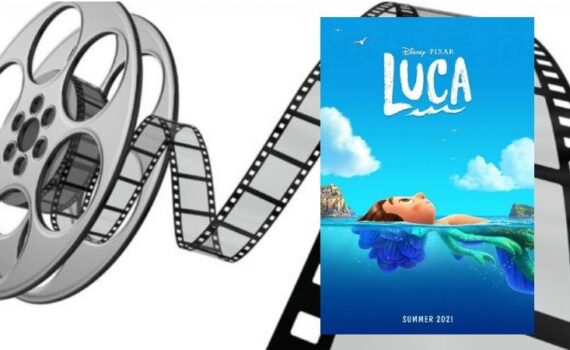 On the Italian Riviera, an unlikely but strong friendship grows between a human being and a sea monster disguised as a human.

It’s been kicking around Disney+ for a while, and since a few friends said it was cute, we finally decided to watch it.

The characters were solid, but…almost uninteresting. Unlike other Pixar movies, this one didn’t delve into the emotional depth that I’ve come to expect. I did like the characters—they were cute, but predictable. The bad guy was too over the top for me and had no redeeming qualities.

Most of the time. There were a few too many montages that got a little dull. Frankly, I think this film was pointed at a younger audience, and I bet they loved it.

Uh, yes. The film is about sea monsters, which are only rumors but literally have an entire civilization less than a mile from your village. That’s a bit iffy. And while I did like the resolution, I thought it was a bit of a stretch considering there wasn’t a great deal of set-up for it.

No yawning, but I did check my phone a few times. Which means it got a bit slow here and there. However, this film never promised an action-packed pace, which I thought was nice for once.

I loved the animation. Some people thought the characters were ugly or too simple, but the film itself was quite simple, so I didn’t mind. The village was amazing and felt like a real place with real people.

I thought the end was predictable, but good. As I said above, there wasn’t a great deal of set-up for the big turn of the people at the end, but if you’re looking for a feel-good film that leaves you hoping the world is a better place than it seems to be, this movie is for you!

I know my review makes it seem like I didn’t like the movie, but I did. While, as I said, it felt simple, I think that’s exactly what they were going for. Instead of layers upon layers of plot, Luca stuck to the relationship between two misfit sea monsters and how they try to blend in with humanity. Frankly that’s a great theme for kids (and some of us adults) these days. In the end it’s all about acceptance of what’s on the inside and not the outside of a person, and that’s never a bad thing.