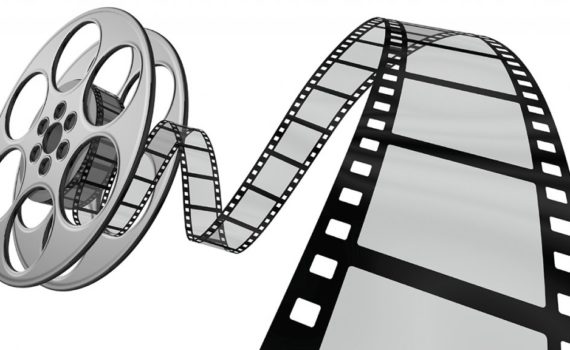 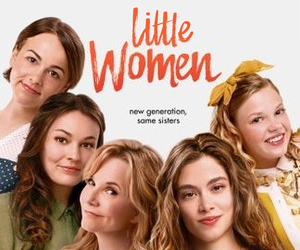 A modern retelling of Louisa May Alcott’s classic novel, we follow the lives of four sisters – Meg, Jo, Beth, and Amy March – detailing their passage from childhood to womanhood. Despite harsh times, they cling to optimism, and as they mature, they face blossoming ambitions and relationships, as well as tragedy, while maintaining their unbreakable bond as sisters.

I’m always looking for a good, clean movie. I saw the theatrical production of this story last year, and read the book when I was a little girl, so I was interested to see what this modern retelling did with the tale.

I thought the supporting characters were brilliant.

I didn’t like Jo. And I feel bad about saying that, because she is the reason I call myself Jo instead of Jo Ann, but they portrayed her as a super selfish shrew.

I haven’t read the book in a while, but I didn’t remember disliking the character of Jo nearly as much in the play I saw last year as I did in this movie. Perhaps the writer or the director was planning to use people’s love of the character to get them through this, but it didn’t work for me. Neither of the women I saw it with liked her much either.

Yes, I did care what happened. Meg’s struggle and love held the story together (something I do remember from other versions) and since I liked Meg, I wanted everything to work out. I felt for the other characters as well, and wanted to beat Jo about half of the time for how she treated them.

Considering it’s based on a book, there will always be things that are left out. Again, I admit to not having a firm grasp on the original story, so I didn’t find any large plot holes.

I yawned a couple of times when Jo was super mean. By this point in the movie her character felt like a six year old who never quite learned what it meant to be a grown up.

I suppose the cool factor to this film was the change to a modern setting, which I actually liked. Sure, it felt a little unrealistic considering the way most families don’t bond quite like this anymore, but I found it fun and refreshing.

Even though I knew the ending and all of the tragic things that happened, I found myself excited when Jo finally pulled her head out of her butt and figured out what it meant to be a human being and not a spoiled child.

I went into this expecting a quaint drama with cute parts, and that’s what I got. I know I’ve harped on it already, but if they could have tempered Jo’s character a bit—or even tried to make her more subtle and less in-your-face—I would have thoroughly enjoyed the show. 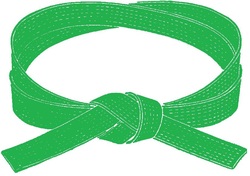 (Almost a Brown Belt, but not quite)