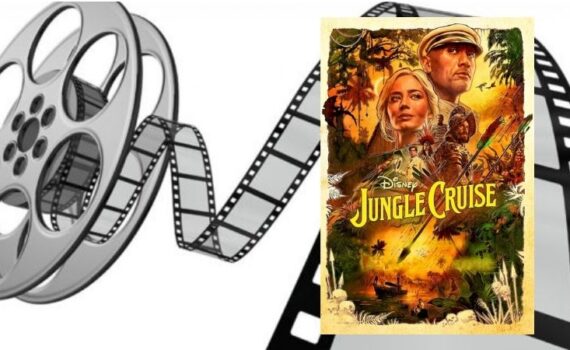 Based on Disneyland’s theme park ride where a small riverboat takes a group of travelers through a jungle filled with dangerous animals and reptiles but with a supernatural element.

My expectations were fully fulfilled with the characters in the show. Dwayne Johnson was just as slap-stick as I thought he would be. Emily Blunt was just as Librarian-Evie-from-the-Mummy as I expected. Her brother tossed in some good humor as well as depth . The prince dude was cringe-worthy bad. I can’t give this 5 for 5 mostly because nothing came as a surprise.

Yes. Considering the 2+ hour length of the movie I worried about action fatigue, but I didn’t get annoyed with it like I thought I might. The plot, while predictable, kept me wondering where we were going next. I wasn’t on the edge of my seat, but I did wonder.

Like a superhero movie, I expect plot holes. In this case, there were enough to drive a submarine through. I didn’t go to the movie expecting anything else, and mostly the film embraced its own cheesiness and dared me to question its flawed logic. Which I decided not to do, else I spoil the wonders shown to me, like the back side of water.

None, and I saw it very late.

The effects were fun. My biggest CGI twitch was the jaguar. The film certainly had spectacle down to an art. All in all, good.

I was torn with the end. Without spoilers, I would have been fine if the film had swung the other way. As it is, I was satisfied. The finale is fun.

Loved it. Would see it again in theaters.