Death on the Nile Review 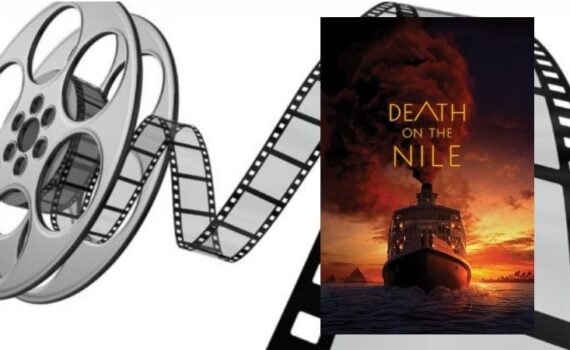 Death on the Nile Review

While on vacation on the Nile, Hercule Poirot must investigate the murder of a young heiress.

I’m not an avid fan of Agatha Christie, but I do know that this is one of her most popular books. The film looked beautiful, and I love Kenneth Branagh.

I have read enough Agatha Christie—although not this book—to know not to expect a huge amount of depth with her characters. She often relies on stereotypes and cliches to get the reader through her stories. That being said, I liked the ensemble for this film. Each character had enough depth that they gave me plenty of reason to suspect them.

The actors and actresses did a wonderful job, and this was Gal Gadot’s best performance outside of the first Wonder Woman movie, in my opinion.

The murder takes forever to actually happen, but I knew it was coming so I was on the edge of my seat. I have no idea if the prologue scene with Poirot is cannon, but it did give the audience a reason to cheer for him a little more than usual. In general Poirot is egotistical and disagreeable, a fact which he’s more than willing to share himself, so the added insight to his past worked for me. Like I said, I haven’t read the book, so it may be enraging to die-hard fans.

The high body count surprised me.

Christie’s mysteries are pretty tight. All of the clues were there, and I actually figured out who did it a while before the reveal. That’s always fun.

There were a few little things that threw me out of the story. Like why were there a bunch of women carrying the bodies around? It’s like they just appeared for those scenes and then disappeared.

The pacing in this film looked slow from the preview, so I wasn’t surprised when it took a while to get going. Even after the initial murder the director never rushed. There were a few times I got bored of close-ups of the characters, but other than that I settled in with my popcorn and soda and had a lovely time.

Stunning is the word that comes to mind when I think about this movie. It felt like each shot was carefully considered. (I’m sure that’s normal for a film, but this one made me feel it.) It made me want to go back in time and go to Egypt before Cairo had grown around it and it was flooded with tourists. That shot of Abu Simbel when they come around the bend of the Nile took my breath away. I have a thing for traveling and unique places, so I loved that aspect of this movie.

As I stated above, I figured out who did it, but then doubted myself for a bit until the big reveal. The added almost romance for Poirot added just a bit of conflict that I think added to the ending of the film.

I liked it! I have no idea how well this story followed the book, but I enjoyed it.