“Who Shall Conceive the Horrors of my Secret Toil?” How every book is a Frankenstein 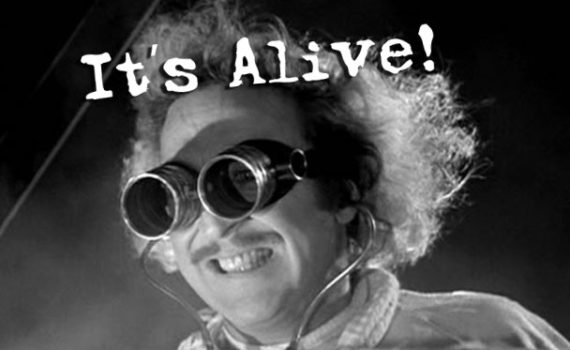 “Who Shall Conceive the Horrors of my Secret Toil?” How every book is a Frankenstein

The process of writing a book is eerily similar to creating Dr. Frankenstein’s monster: 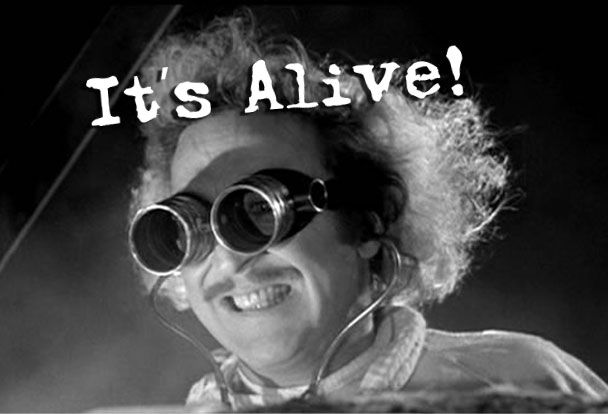 “Who shall conceive the horrors of my secret toil, as I dabbled among the unhallowed damps of the grave, or tortured the living animal to animate the lifeless clay?”
“The dissecting room and the slaughterhouse furnished many of my materials; and often did my human nature turn with loathing from my occupation…”
What? You don’t think creating a story is that intense? Allow me to elaborate.
“Who shall conceive the horrors of my secret toil…?”
When I started Fractured Memories (Book 1) I needed something gruesome for the Skinnies to do to themselves. To prove to the audience that they were both disgusting and insane. Somewhere between the Reavers from Fireflyand a zombie. Tattoos were too boring and full-on maiming was too close to both the Reavers and the Yuuzan Vong from the now abandoned Star Wars cannon. I wanted something a little different.
So, I did what I always do, and initiated a series of Google searches that led me to a technique called Scarification. Go ahead, type that into Google and then go to the images. Toss Africa in there too.
Pretty interesting. Watch some of the videos, if you have a strong stomach.
Then I saw one of a guy with a forked tongue.
Seriously?
Uh, yes, the process is, while probably painful, quite simple. And if you put some effort into it, you can apparently control each side separately. Google it. I dare you.
“…as I dabbled among the unhallowed damps of the grave…”
Each of my stories starts one place and ends up in another. I’m getting better at outlining, but it’s still a long, grueling process for me to write a book. Not to mention five of them in the same series. As I revise, I dig through the old drafts looking for the bits and pieces that can be plucked from their graves, dusted off, polished off and used again.
“…or tortured the living animal to animate the lifeless clay?”
I have tortured many a living animal to animate the lifeless clay of my story. We’ll start with my husband, who gets to put up with my pity parties when things aren’t going well in the writing world, as well as any political or science questions I may have about my story.
If I’m feeling exceptionally hopeless, I drag the poor guy to Sweet Tomato where we eat and talk until I’m satisfied that I’ve figured out how to fix a plot problem. He usually has loads of suggestions, which I then shoot down before getting to the answer that will work.
Then there are my beta readers. Some of them read three or four drafts of New Sight, the first novel I published. They continue to beta read for the Jagged Scars Series and provide invaluable feedback.
“The dissecting room and the slaughterhouse furnished many of my materials…”
If I come to a pivotal moment in a story, and I’m not sure what to do with the plot or the characters, I’ll start a list of at least twenty possibilities. They don’t have to be good, or even reasonable—sometimes I literally write “Ninja Monkey Attack”—but I have to jot down twenty. Somewhere in that process, I find the idea that will either solve my problem or lead me to the solution.
What’s slaughterhouse about that? I always feel as if I am bringing ideas to life only to kill them on the spot. Kind of eerie, if you think about it.
“…and often did my human nature turn with loathing from my occupation.”
The other day, a beta reader came back with a complaint that my character didn’t have a growth arc during a critical part of the story. She was right—I hate it when she’s right—and so I started thinking about how to resolve it. Another beta reader gave me a suggestion, I twisted it and came up with what I thought would be brilliant.
And it is brilliant!
But it might never see the light of day, because the brutality of the scene is both graphic and spine tingling. The character certainly snaps out of her old ways and decides to take a new path, but I’m not sure it’s appropriate for YA readers. But it’s so dang good!
In the end, this is the description of Frankenstein’s Monster:
“His yellow skin scarcely covered the work of muscles and arteries beneath; his hair was of a lustrous black, and flowing; his teeth of a pearly whiteness; but these luxuriances only formed a more horrid contrast with his watery eyes, that seemed almost of the same colour as the dun white sockets in which they were set, his shrivelled complexion, and straight black lips.”
Hopefully the finished product of my book is much less horrifying than that! 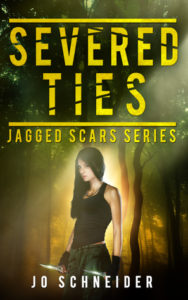 My new release, SeveredTies (Jagged Scars Book 2), went through the transformation from bone and sinew from man and beast into a story of a young woman with near crippling PTSD who has to help save a whole complex of people from the same fate her family suffered. She’s tough, but not invincible, and when she falters, her friends are there to keep her from diving off the cliff of her mind into oblivion.
Please check it out.
Fractured Memories(Jagged Scars Book 1) is on sale for 0.99 over at Amazon.
Goodreads is hosting a giveaway for Fractured Memories for a couple more days (See the widget at the top of the blog)

Stay tuned for a giveaway for Severed Ties.