A Girl and Her Cat Chapter 9 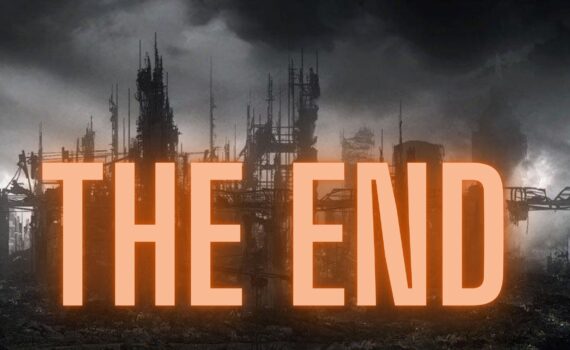 A Girl and Her Cat Chapter 9

Neither of us were surprised to see Wyatt waiting for us. His homeroom was right next to the locker rooms and the exit. He glanced up and gave us a wave as we approached.

“He’s been awfully nice to us lately,” Whitney said.

I pointed at Echo. “He loves my cat.” Of course I wished it were for a different reason but for now Wyatt having a bromance with my cat would have to do. I thought struck me. “Where’s Anne?”

“Hopefully nowhere near us.” Whitney made a show of wiping her brow in relief.

Wyatt had caught Whitney’s dramatic display and said, “What was that for?” Then his eyes traveled to our hands. “What are those for?”

I quickly explained what had happened with Cedrik. Wyatt’s expression grew excited as he made the connection as well. “So if this is the cause, then Echo gets off?”

Wyatt squatted down and scratched Echo’s chin. Echo closed his eyes and approval.

“We’re not in the van yet Echo,” I reminded the cat.

That got me a tail swish.

Wyatt opened the doors with the remote. “Come on, I didn’t get lunch. I’m starving.”

Whitney snorted. “You haven’t been drinking any soda have you?”

Wyatt laughed. “Did you just make a decent joke?”

“Did you just reveal that you had an actual sense of humor?”

Echo and I settled on the back seat of the van. I smiled at the familiar banter and for the first time in a few days the weight on my shoulders got lighter. Echo butted his head against my thigh indicating he wanted to be pet.

I absently stroked his head a few times and then his back. I stopped before he got annoyed. I figured I’d have plenty of time to harass him later.

Wyatt drove us in to a nearby McDonald’s. He insisted on going inside so we could use their free Wi-Fi, because he got a notification on his phone that about the batches of bad soda pop. I took pictures of all the labels of the ones we’d collected before we went inside.

“Do you girls want anything?” Wyatt asked.

Whitney made a face of disgust. “No way.”

Wyatt looked at me. He wanted to know if I wanted something? Whitney was right he was being too nice. However, he continued to stare at me so I blurted out the first thing I thought of. “Cheeseburger?”

Whitney grabbed me by the elbow and dragged me to a nearby table. We sat and she said glared at me. “Seriously he’s freaking me out.”

My eyes flicked to where Wyatt was waiting for his orders then back to Whitney. “Maybe he broke up with Anne.”

Whitney sat up straighter. “That would be awesome.”

I had to fend off a couple of kids who wanted to pet Echo and explain to them that he was my helper. By the time that was finished Wyatt arrived and slapped a full tray of food down on the table.

“How much do you need to eat?” Whitney asked.

“Coach says I need energy.” He shoved a single cheeseburger at me then unwrapped a double and took a big bite. As he did he started scrolling through his phone.

Whitney was also on her phone, so I took a moment to pull up the Facebook group my mom had put me in. It had been a while since I posted, but I saw that there had been some activity. I briefly explained that Echo was having a strange reaction to the soda that was in the recalls and asked if anyone else was having problems with their service animals.

Whitney leaned over to look at my phone. “Talking to Bryan?”

“Nope.” I put down my phone and picked up my cheeseburger.

Wyatt raised his eyebrows. “Do I need to vent this guy?”

Whitney slapped him on the shoulder. “You leave her alone.”

“You leave her alone.” Wyatt spoken almost the exact same tone as Whitney had. Which almost made me snort cheeseburger out my nose. Wyatt opened his mouth to say something else, but he got drawn back to his phone. His expression of glee faded into a frown.

“The story about the soda is number one on everything.”

“What’s so weird about that?” Whitney asked.

“I didn’t expect it to make national and international news so quickly.” Wyatt turned his phone around so we could see the list of reports. “It’s the top new story in almost all of the European nations.”

I flicked my own phone to life and saw that he was right. Even Facebook had a warning as the app opened. An interesting story caught my attention. “Hey, apparently there are some cannibals in South America.”

Wyatt’s attention immediately turned to me. He leaned so he could see the screen. “Click on it.”

I did, and found a short article outlining a small town that had been isolated due to a mudslide a few weeks before. Rescue efforts had proved futile, but relief supplies had been dropped a couple of times. A medical team had finally reached the village the day before, and despite the fact that there was plenty of food left from the drops the people had apparently eaten two of their own.

I made a face that had to look similar to the one Whitney had made when Wyatt had suggested she get something to eat from McDonald’s. “That’s disgusting,” I said.

“It wouldn’t be so bad if they didn’t have food left from the drops.” Wyatt said. “See if there’s any more on it.”

I scroll down but the article was only a few paragraphs long.

Wyatt pointed at my screen. His arm brushed my shoulder, sending a little zing over my skin. “What about that story?”

The title read “Two friends making video attack third.” I looked at Wyatt. “You want me to click on that?”

Wyatt touched the screen himself. The typical news site came up with the video available after an ad and the test of the story underneath. I scrolled down and caught the gist in just a few lines.

Curiosity finally got the better of Whitney, and she scooted next to me. “What is it?”

“Apparently these two guys were making a dance video and suddenly decided they were really hungry. They were out in the middle of nowhere and attacked their friend.”

“That cannot be real,” Whitney said.

I scrolled back up and waited for the ad to end the. We all leaned in as the video started.

The garbled sound of one phone picking up music from another phone came from my speakers. Two Asian teenagers appeared and started to dance.

We watched the two guys practice the same part of the dance a couple of times and was painfully reminded of going over the same song for the musical again and again. I suddenly wondered if the school would cancel it. As my mind wandered the two guys in the video stopped. They said something I didn’t understand, pointed at the camera, and then ran toward it.

The screen showed the sky and then must’ve landed on an angle where it could still film the two guys and their victim. Screams filled the air in as the two men grabbed this person’s leg and took a bite out of him.

Wyatt nodded. “Stop it and started again from the beginning.”

I didn’t really want to watch it again, so I handed him my phone.

“What did you do?” Wyatt asked after he took it.

Wyatt showed me my phone. The viewer had gone gray and now had opaque words written on it stating the video had been removed.

Wyatt glanced at it again. “That was fast, it’s only been up for twenty minutes.”

Whitney shrugged. “It was probably fake.”

Wyatt’s frown deepened as he scrolled down the screen. “There are a lot of comments on this.”

“No, other people have seen the same thing happen. Comments are from all over the world.”

Whitney rolled her eyes. “Is this more of your apocalypse theory?” She shot a look at me. “Did you guys find these beforehand you could scare me?”

I met Wyatt’s gaze. His usual confidence was there, but underneath there was something I rarely saw from him. Fear. A shiver ran through my body. Echo flicked his ear at me. I thought about the soda bottles in the car and wondered if this was a simple recall or something more.

If you missed the beginning of the story, click HERE to go to Chapter 1