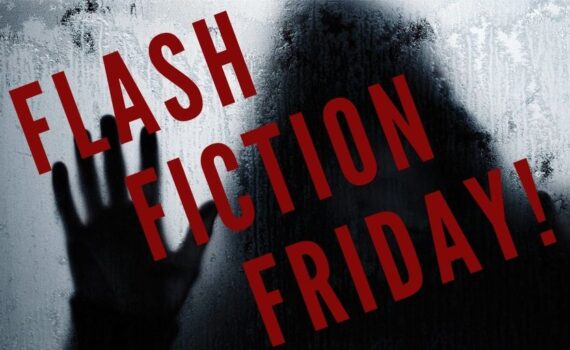 This is my last Spooky Flash Fiction.

I hope you enjoyed them!

Death is Only the Beginning

Today’s Flash Fiction Friday is brought to you by:
An Old Native American Shaman
A Raven or a Crow
and
A Bat Screeching in the Night Air

The eastern sky glowed with the onset of morning. A bat screeched and flapped over my head in the opposite direction I was going, speeding for its morning solace.

I walked down the middle of the broken road, keeping half an eye on the murder of crows perched in the skeletal trees. Emaciated grass crackled in the breeze, which brought with it the undeniable stench of the dead.

There had been a town just over the next rise. Hope had driven me here. Hope that this place had survived. When I reached the top of the small hill I stopped and stared.

Roofs had been torn off. Initially unstable buildings leaned to one side, some with a wall flapping in the wind. Metal groaned. Wood slapped.

Flies buzzed around bodies in the streets.

I pulled my bandana up over my mouth and nose and moved closer. Gravel crunched beneath my boots. I shook a small rock out from a hole in the sole.

The reason I had come was likely dead. Normally I wouldn’t go near a gone town, but this hadn’t happened more than a few days before. There could still be good supplies

I stopped just outside the first ring of houses, not too far from the nearest body, and waited.

The flies either didn’t notice me or they didn’t care. A couple of crows swooped over my head and landed beyond my field of vision. Probably feasting on a corpse.

No tingle ran up my spine. No wariness that came from the things of the other world. The feet of the man lying ahead were close to the same size as mine. I didn’t see any holes. With one last look around, I crept to the house and peered inside the gaping maw of a door.

Light streamed through a sizable hole in the roof, illuminating a single room with a stove in one corner and a bed in the other. Two figures lay on the bed. Several pots sat on the stove. A flat board on the ground indicated a space under the soil.

I went through the door, careful not to make any noise, and waiting for the eerie pressure that came from the other world.

A quick search afforded me a few strips of dried meat, a pair of socks, a knife, and a small rag doll. I gathered the items. I avoided looking at the bed. They were dead, there was nothing I could do.

I stepped to the board and nudged it aside with my foot. It slid easily, revealing a hole just big enough to put a small child. A bundle of clothes lay inside. I reached toward it, and it moved.

I jumped back, withdrawing my hand. My heart raced.

Had someone survived? Were they still human?

I turned to run out the door, but a small rat scurried past me. This time I cried out, and bolted outside.

It had been a while since I’d been afraid like this. I may as well be a little kid with how fast I was breathing and my sweating palms. The rat ran around the side of the house and behind a body.

Moisture beaded on my brow, and I wiped it away. I needed air, and the mask wasn’t helping. Breathing my own hot breath only added to my trepidation.

A crunch sounded behind me.

A dirty boy of about ten stood before me. Dark hair fell to his shoulders, and he wore only a pair of ragged shorts. He looked harmless, but I knew better than to trust my eyes. “Who are you?” I asked.

“Are you here to see my grandpa?”

I was here to see someone, but I truly doubted that anything human was left. “Who is your grandpa?”

My sweat turned cold. “How are you alive?”

This kid seemed human, and he was right about the Shaman. What the hell, if he was one of them, I was probably dead anyway. I nodded.

“Follow me.” He turned and walked toward the center of the town.

“Don’t get too close to them.” He indicated a woman lying in the middle of the road. “My grandpa says they’re not clean.”

That was obvious to me, but maybe the Shaman meant something different.

We wove a complicated path through the destruction, and I noticed small blue rocks every ten feet or so. Was there a trail? When the kid stopped, he stood in front of the only undamaged structure I’d seen. Barely a hovel, corners of wood held the mis-matched metal walls together, and the roof was made of branches.

The kids pulled a ratty gray blanket aside, revealing the cramped interior. Barely enough room for an adult to lay down or stand.

An old man sat cross legged in one corner. His skin hung in leathery wrinkles, and he wore less than the kid. Except that a dozen or more necklaces made of bone, wood, and stone hung around his neck. Milky white eyes peered at me.

“Welcome, stranger. Enter. We have much to discuss.”

Again, I felt nothing from the other world. Nothing that said I was about to suffer a fate worse than death. So I walked past the boy, who indicated that I should sit in front of the old man. I did so, then waited.

I expected him to ask why I had come. He did not. “Your wife cannot be saved.”

I swallowed. I believed him. “And my daughter?”

His eyes narrowed. “Only a fool would try to get a child back.”

I leaned forward. “Then call me a fool.”