That’s right, for the next six weeks I’ll be writing a random limerick for Flash Fiction Friday.

Because I want to.

There now lives a demon named Jack
Who’d love to have you as a snack.
He’d bite your neck hard
While in the backyard
Until your bones let out a crack.

That’s right, for the next six weeks I’ll be writing a random limerick for Flash Fiction Friday.

Because I want to. 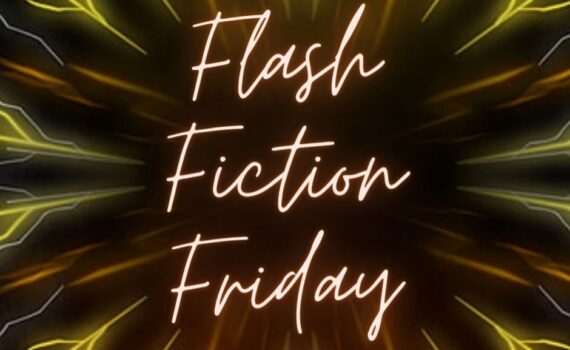 I haven’t written much microfiction (between 6 and 300 words). This bit of twisted horror and humor is less than 250 words.

“Oh my. Hold on. Coming. Oh dear, you weren’t supposed to wake up until I had you tied to the sacrificial altar.”

“And what about the rack over there?”

“I got that at an estate sale. Sixteenth century.”

“Impressive. You have quite the array of ways to kill people here.”

“I assume if I scream no one will hear me?”

“Any particular reason you picked me?”

“You have a bright aura. I need it to survive.”

“I’m going to have to knock you out again to move you. Just a prick on your neck.”

“Sure. Whatever. But are you married to the idea of the altar?”

“Uh, well, I haven’t used it in a while. And to be honest, a knife to the heart is probably the most humane thing I have here. The ceremony isn’t long. Why?”

“Yeah. If I’m going to die may as well make an experience of it.”

“For having such a bright aura, you are a particularly twisted person.”

“Says the guy who has a bonafide torture chamber at his disposal. Besides, we’re all supposed to do things that take us out of our comfort zones.”

“Fair point I suppose. Give me a few moments.”

In the same day, both my hubby and a friend lost the word they were going to say. As if someone, or something, had nicked it off the tip of their tongue.

Today’s Flash Fiction Friday is a glimpse into the world of the Filchers. They’re the ones to blame!

Captain Jones eyed me as I walked into the crowded briefing room and slumped into a chair. I met his gaze, daring him to call me out.

After a moment of staring into his purple eyes he blinked and kept going with his morning assignments. “We have a few changes from the previously printed schedule.”

Of course he did. I shuffled my wings and folded my arms across my chest.

The Filcher next to me, a guy named Todde, leaned in and whispered, “You’re going to end up in the trailer park again, Maxwell.”

I ignored him and the dirty look Captain Jones shot at us between the changes. A part of me listened for my name, while the other part of me brooded. Brooding was one of my super powers. It was a great way to distract people right before the spoke, which is why I was so good at my job.

“That’s it for the basic changes,” Captain Jones said.

I sat up in confusion. Had I missed it?

I swear the Captain’s eyes sparkled as he continued. “As most of you have probably heard, we’ve been having trouble with the geeks. Their continued, inadvertent exposure to the world of magic has given an alarming number of them the ability to see us.”

Even though we’d all heard the rumors, a murmur of surprise rippled through the Filchers. The heavy weight of many eyes landed on me, and I adjusted my wings again, trying not to wince in pain.

The captain held up a hand. “The science department thinks it started with Harry Potter, and has gone downhill from there. Geeks have flexible minds. They’re willing to believe in the impossible.”

“There are more than a few of them who think they’re vampires. Or want to be vampires,” Todde said under his breath.

He’d been bitten by one just a few weeks before.

I kept my attention on Captain Jones. I’d almost been caught the day before by a woman who had laid a trap for me. A writer who dictated  her books and waited until I filched the word banished off the tip of her tongue as she was talking. It had all happened so fast. Geeks shouldn’t have reflexes like that, but she’d reached up with a bowl and a lid and tried to slam me inside of it.

A shiver ran down my spine, which tugged on my broken feathers.

“For the first time in a thousand years, we’re going to form a handful of partnerships who will take care of the geeks. If your name hasn’t been read yet, then that’s your assignment.”

Another round of muttering followed that little announcement.

“One of you will do the filching, and the other will cause a distraction.” The captain waved a wing and the screen behind him lit up with a long list. “Here are some ideas about what you can do. Normally we would train you before we sent you out, but if we don’t filch our quota of words the Appropriators will not be happy. And we all know where that leads.”

This time no one made a sound. It was basically my goal in life never to have to meet an Appropriator. I’d seen a couple come into the station, but I’d always managed to suddenly need to be somewhere else.

“Sir, we’re treading new ground here. Won’t the Appropriators give us some slack?”

Captain Jones’ expression turned hard, and even I squirmed under the weight of his gaze. “No, Mr. Todde. They will not.”

Todde swallowed and shrank back in his seat.

The monitor blinked, and the names of the partnerships appeared. I gritted my teeth as soon as I saw mine. Right under Todde’s.

Todde was flashy. He always tried to be fancy. I wasn’t sure that I could come up with a distraction big enough to keep him safe. I certainly didn’t trust him to do the same for me. Plus, I was injured. Why not send me to an old folk’s home? Or into a teacher’s lounge? Why was I going back to the geeks? My mouth hinged open of its own accord, and a sound of protest emerged.

Captain Jones talked over it. “Everyone not on this list is dismissed. I have a few more instructions for the rest of you.”

This was the problem with family; they tried just a little too hard to take care of you. In a bad way.

Todde nudged me with his elbow. “Looks like it’s you and me, cousin.”

“Yipee,” I said with as much non-enthusiasm as I could muster. Which was a lot.

Clearly I needed a new job.