Book Reviews: The Devil Drinks Coffee and Empire of Bones 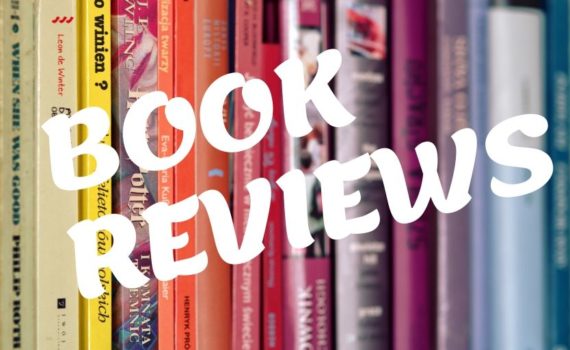 Book Reviews: The Devil Drinks Coffee and Empire of Bones

Have you ever lost sight of something you love because of what’s right in front of you?

I’ve been writing full-time for the past 2+ years, and I have to admit—much to my shame—I haven’t been doing a lot of reading in that time.

Instead, I’ve been fighting to get books written and out, as well as marketing and running a business. Who has time for reading??

I do have an Audible account, but since I work from home—so no commute—and can’t exactly listen to someone else’s book while I’m writing my own or doing marketing (I do not have that kind of brain power) I haven’t listened to many books either.

Last week I decided to change that.

I’ve been having a really hard time creating since this whole pandemic started and then the local earthquake we had in March.

I have no groove.

So I thought it might help if I read a few of the books on my Kindle.

You know…the ones I downloaded and haven’t read. Some were on sale, some are from authors I know, and a few are books that simply looked interesting to me.

Wow, I have a lot of books like that on my Kindle.

Last week I dove in. I’ve decided since I write romance and I’m writing a science fiction novel, that I’ll probably read one romance and one sci-fi or fantasy novel a week.

That’s the plan, at least.

These were last week’s victims:

I actually know the author of this one. She’s hilarious, and bought this book a while ago when she was making a big push to get onto the New York Times Best-Seller list. (Pretty sure she made it, by the way.)

I’m not an authority on cozy mysteries, but I found the plot pretty solid. The main character was hilarious. Her mother more so. The small-town vibe cracked me up.

My only complaint is that the story bounced from thing to thing very quickly. Maybe cozy mysteries are all like that. It made me feel ADHD.

Still, I enjoyed it. Four Stars.

A cow suicide, a revolving door rescue, and the birth of a bright purple pig are starting to make Kate Saxee wonder if taking a job in her small hometown of Branson Falls, Utah, was such a great idea. As The Branson Tribune editor, Kate covers local news, which, more often than not, involves her accident-prone mom. Nothing truly newsworthy has ever happened in the quiet town until local teen Chelsea Bradford turns up dead in a Branson Falls lake.

The police rule Chelsea’s death an accident, but Kate suspects there’s more to the story—and she’s not the only one. Two of Branson’s most eligible bachelors are determined to help her solve the crime—among other things. But the small town social network is faster than Twitter, and gossip about Kate’s love-life is quickly branding her the Branson Falls hussy.

As Kate learns more about Chelsea, she discovers that plenty of people are trying to cover up the real story behind the girl’s death—including Chelsea’s parents. Now Kate has to juggle work, men, her mom’s most recent disaster involving a low-speed John Deere Combine chase on the freeway, and fend off the Mormons heaven-bent on saving her soul—all while solving Chelsea’s murder. Dealing with this is going to require a lot of coffee, chocolate frosted donuts, Neil Diamond’s greatest hits, and a slew of words not on the town approved imitation swear list.

I see this series in the top of the sci-fi genre on Amazon a lot, so I decided to try the first one.

Personally, I like a little more action in my military sci-fi. Especially when the book starts out with a mock battle, but doesn’t get back to any kind of action until the finale.

That being said, I did like the characters. Enough so that I might read the second book.

The first 75% of this book was well thought out, if not a bit slow for me. The last 25% was the exciting part, but felt as if the author, like Stephanie Meyer, couldn’t write an action scene to save his life.

The entire finale was basically an outline of what happened. No real character reactions or emotions. I didn’t feel anything while the princess was in worse than mortal danger and her half-brother led the a perilous mission to rescue her. The author really dropped the ball there.

However, as I stated, I like the characters just enough that I’ll probably read book 2. 3 1/2 stars

After a terrible war almost extinguished humanity, the New Terran Empire rises from its own ashes.

Sent on an exploratory mission to the dead worlds of the Old Empire, Commander Jared Mertz sets off into the unknown.

Only the Old Empire isn’t quite dead after all. Evil lurks in the dark.

With everything he holds dear at stake, Jared must fight like never before. Victory means life. Defeat means death. Or worse.

I need an accountability buddy to keep me on task, and you’re it. Aren’t you lucky?