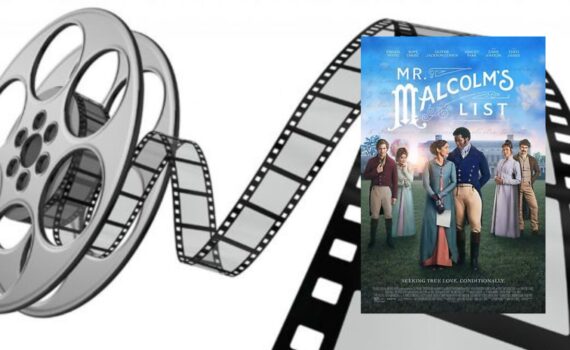 When she fails to meet an item on his list of requirements for a bride, Julia Thistlewaite is jilted by London’s most eligible bachelor, Mr. Malcolm. Feeling humiliated and determined to exact revenge, she convinces her friend Selina Dalton to play the role of his ideal match. Soon, Mr. Malcolm wonders whether he’s found the perfect woman…or the perfect hoax.

I’ve been wanting to see this ever since it came out (hello, regency with what seems like an extra helping of snark? I’m in), but it’s never been on a streaming service that I subscribe to. Last weekend I finished writing a book and decided to rent this as a reward.

Characters I loved: Lord Cassidy, the cousin. Hilarious. The footman, John. He’s my spirit animal. Selina Dalton, the heroine who lived up to expectations. Captain Ossory, although he needs to ditch the horrible facial hair!

Characters that were okay: Mr. Malcolm, whom I expected to be more excited about. Miss Thistlewaite, who was delightfully selfish and annoying but not quite believable.

The outcome of this story was never in doubt, so I feel the writers could have done a little more with the tension in the second half. However, that’s pretty normal for a romance, so the real journey is how things happen. While I enjoyed it, I felt there could have been better use of conflict that didn’t resolve quite so easily.

How can you not notice the woman you’re in love with has grown almost 6”?

The pacing both dragged and rushed, depending on the scene, which felt distracting. There were a few parts where I found myself reaching for my phone, so that’s not great. I rolled my eyes at a few of the actors, which isn’t ideal.

The fun (cool factor) of this film was the list. Since she was supposedly going to have a list of requirements of him, I expected more from both of them on this. I liked what was there, I just wanted more!

It’s always good to have a man going after the woman he loves. What I liked more than the main plot was the Captain and Miss Thistlewaite’s resolution. I thought he was brilliant and their story was awesome.

I think my expectations were for more humor and more united conniving, so I was honestly a little disappointed, but I think I might try it again soon and see if I enjoy it more.

I do have to discount a point for some horrible over-acting and while I didn’t mind the diverse cast, it felt forced instead of natural.

That just squeaked in at a Brown Belt! 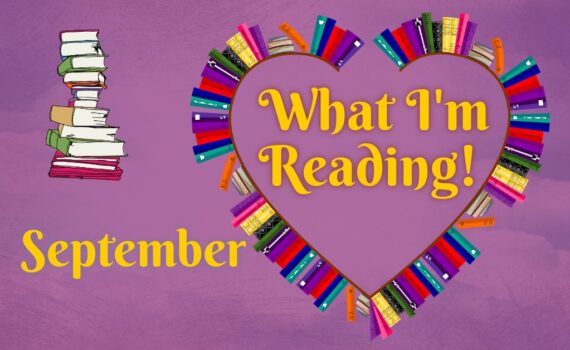 I think I’ve read at least four books every month up to this point, but September was hard.

I’m in the middle of a YA Sci-Fi that’s super long, so that’s taking me a while. I also got halfway through a sort of military thriller by an author I love, but because I got sick of the excessive killing and overabundance of awful language, I didn’t finish it.

Still, two books a month is the goal, so here’s the list of books I either read or listened to in September! 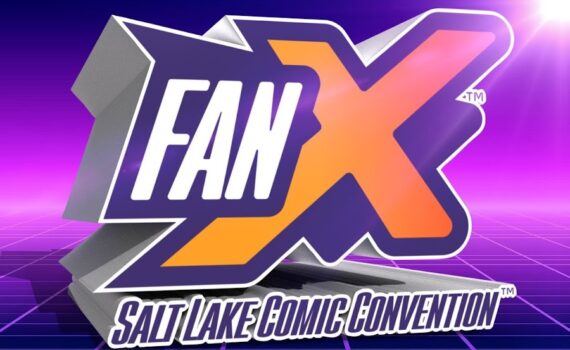 Another FanX is in the bag!

As usual we had a great time talking to people, selling books, and admiring all of the awesome costumes.

Generally, I’m the kind of person who takes a lot of pictures, but I never seen to remember to do so at FanX. Probably because I’m more focused on talking to people.

I’m an extrovert-for the most part-and really dig the vibe at conferences and conventions. FanX is no exception. I could chat geekiness with just about anyone there, which makes the whole thing totally delightful.

I get a table in Artist’s Alley because the foot traffic is insanely good. People walk through looking for unique things to buy and take home. They’re more likely to stop and say hi, ask about my books, and maybe buy one or two.

Geek culture is in every walk of life these days, and that includes a huge amount of introverts and those with social anxiety. When I see someone look at my booth once, then again, I smile and ask them if they like to read. That provides an invitation for them to approach if they want. Or not. Either way is fine.

Even though I’m an extrovert, I’m not great at talking about my books. The hubby is awkward in general (love you, honey). The first hour of FanX is often spent brushing off the skills of talking to people.

In the first ten minutes of this year’s FanX the hubby spotted a nice woman (maybe in her early 20s) dressed in an anime cosplay and her boyfriend walking by. This was the first time he’d spoken to a potential customer and was NOT warmed up.

The hubby is a big guy with a big voice, and he used all of that as he barked, “What do you like to read?” at this poor girl.

When I say barked I mean it sounded like an Army Seargeant yelling orders at a private who just really messed up.

Poor girl jumped off the ground a few inches, let out a little squeak, and basically ran away.

I was laughing so hard I think I might have hurt the hubby’s feelings.

We didn’t frighten anyone else away after that.

Our best seller was my Fairy Tale Academy Series! I love those books, so I’m excited that they’re getting more exposure.

People keep asking about additions to the series. I’m considering writing a Cinderella retelling, but no promises! I have big plans for my A Girl and Her Cat series for next year, so we’ll have to see what I can squeeze in. 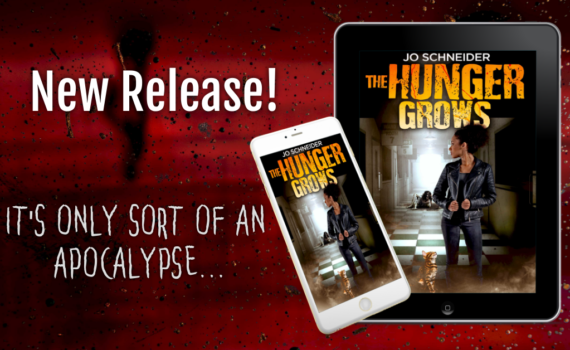 I was going to have a long lead up to this release and a big party and all that jazz, but as soon as I finished this book I wanted to get it out into the world!

I shifted in the hospital bed, wondering how they could make a mattress this uncomfortable. People had to stay here for weeks at a time; did they all come away with flat butts and bad backs?

“You okay, Everly?” Whitney occupied the recliner at the side of my bed. She’d pulled the footrest up and laid the top back and was scrolling through social media on her phone. Although, I could tell she wasn’t really paying attention because she’d passed two posts of musicians I knew she loved.

“I’m fine.” I turned a little to put pressure on a different spot on my butt.

Whitney looked over her phone at me. “Do you have to pee?”

I glared. “No.” I’d caught my best friend with a faraway look in her eye and an expression of pain on her face a few times this morning. I knew she felt guilty about running over Jason, not to mention stabbing Amy in the face with her flute. Instead of dealing with it, she’d been mothering me.

“Then why are you moving around? Does your arm hurt? Should I call the nurse?”

“The only reason you want to call the nurse is because he looks like the guy from Cobra Kai.” At least this little part of Whitney was still fine.

Whitney held up a finger. “A perfectly chiseled version of the guy from Cobra Kai. Did you see his pecs?”

“Nope.” Of course I had, but I’d been much more distracted by the way Wyatt, Whitney’s brother, had been hovering at my side since the night of the musical when I’d been bit and we’d run over a guy in the van. My eyes drifted to the chair he’d been sitting in a few minutes before and I repressed a sigh. He’d pulled it close to the side of my bed and rested his arm by my leg as he’d looked through the newsfeeds for more information on our not-quite-an-apocalypse. It was hard to breathe with any part of him that close to me.

“Oh, you saw him, but I think you’re distracted by the biggest dork on the planet,” Whitney said.

My face burned, and I shook my head. “I have no idea what you’re talking about.” I’d never told Whitney that I had a huge crush on her older brother, but she’d obviously figured it out.

“Whatever.” Whitney rolled her eyes at me.

My phone buzzed, and I reached for it, careful not to tug on the IV in my arm, the bandage over the bite, or the annoying oxygen monitor around my finger. I smiled when I found a picture of Echo from Wyatt on the screen.

Wyatt had caught my Bengal cat, all brown-orange fur and black spots, licking his lips. Echo looked happy, which meant Wyatt was spoiling him.

Everly: What did you feed him?

A bunch of eating emojis followed. Something stirred in the pit of my stomach. I’d decided to call this fluttering-butterfly-wing feeling Cupid. Mostly so I could specifically tell stupid Cupid to go away. I needed to keep things casual between us. How would un-twitterpated Everly answer Wyatt?

Everly: I thought you were on patrol.

“Wyatt?” Whitney pointed at my phone.

“He’s spoiling my cat.” I showed her the picture.

“I’m not surprised. He’s in love with Echo. I expect their wedding announcement any day.”

I tried to keep the edge out of my laugh. Wyatt had been paying a lot of attention to me, especially after we’d escaped the school musical with our lives, but I had to remind myself that he really liked my cat. Not necessarily me.